MP accuses UEW VC of blowing GHc5.7m on transportation, others 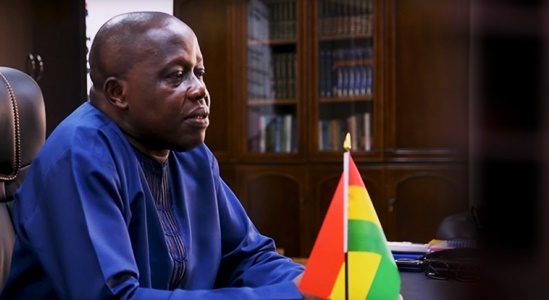 The Minority Spokesperson on Education, Peter Nortsu-Kotoe, has accused the Vice-Chancellor of the University of Education, Winneba, Rev. Fr. Prof. Anthony Afful-Broni, of blowing over GHc 5.7 million on transportation and honorarium in just six months.

This comes on the back of the dismissal of some senior lectures allegedly instigated by the Vice Chancellor.

The sackings have led to protests by some students in the school, who are demanding the reinstatement of the lecturers.

On his allegations, Mr. Nortsu said the VC had no business claiming transport allowances when he had an official vehicle.

“Transport allowances and honorarium alone can be paid to somebody; about 5,769,395.08 within six months of 2018. The VC has an official vehicle that takes him from his house to the office or anywhere. He cannot claim any [transport allowances again],” he said.

The Effutu MP also urged the VC to resign, saying those who had faith in him had been misled.

“I also find it strange that the same things Avoke and co. were doing are being repeated in a worse form. I have cautioned Prof. Afful-Broni but he won’t listen. We fought on the principle that certain things were wrong. So you don’t come in and defeat the very purpose. I will not support that. I have to be consistent. What I stand for is that the right thing is done. I am that in the next few days, the appropriate steps are taken, for the right things will be done because it is about the name of the University and not to victimize people”, he added.

Facebook restores ads calling for it to be broken up