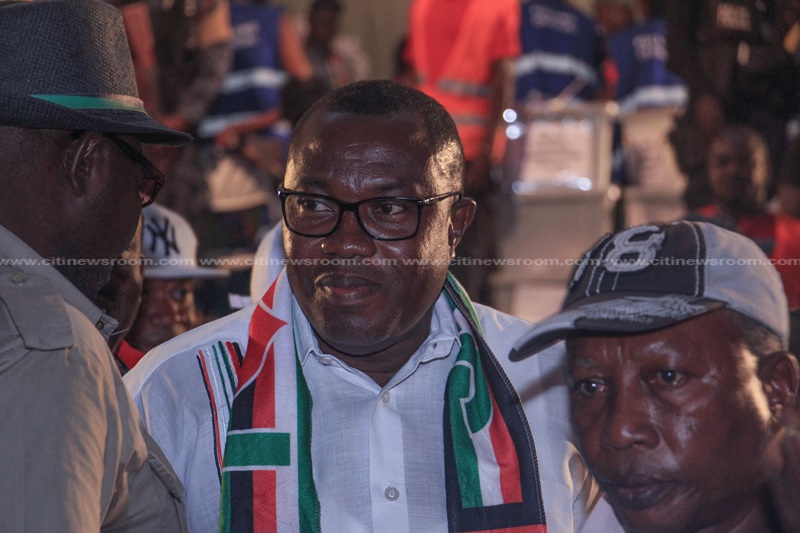 Executives of the National Democratic Congress and sympathizers of the party are expected to accompany their National Chairman, Samuel Ofosu Ampofo this morning to the Headquarters of the Criminal Investigations Department (CID) of the Ghana Police Service.

Their move is to support the Chairman who has been invited by the CID to answer questions about a leaked audio tape alleged to have his voice on it and making some dangerous comments that border on the country’s security.

Confirming the intention to Citi News, the NDC Greater Accra Regional Organizer, Anthony Nukpenu said that the group will be there to offer their National Chairman all the support he needs since they believe he has done no wrong.

“At 8am, our National Chairman will be accompanied by party stalwarts and supporters to the CID headquarters where they have invited him for whatever investigations they are looking for. We are alerting the general public that if they see a mass of people at the headquarters, it should not come as a surprise because we are going to solidarize with our party chairman and give him the full support that whatever is being alleged that he has done, we are in support of him.”

The tape, which has become a subject for media discussion over the past week appears to have the NDC chairman condoning political violence and calling for retribution against some personalities including the Chairperson of the Electoral Commission, Jean Mensa.

Mr. Ofosu Ampofo in the viral leaked audio is heard outlining plans to match up against groups from the governing New Patriotic Party ahead of the 2020 elections.

In the same tape, he is heard telling the audience believed to be executives of the party to attack the Chairperson of the Peace Council Chairman, Professor Emmanuel Asante.

Rev. Emmanuel Asante has, however, said he does not hold any grudges against beleaguered National Chairman of the opposition National Democratic Congress (NDC), Samuel Ofosu Ampofo for allegedly ordering NDC communicators to verbally attack him.

Mr. Ofosu Ampofo was initially expected to be at the CID head office in Accra on February 28, 2019, but did not show up.

He, however, said his lawyers have sent word to the CID of his intent to appear and assist with investigations.

Mr Ofosu Ampofo while addressing party supporters at an NDC peace walk on Saturday said, “on Monday our lawyers have informed the CID that the National Chairman of the NDC will march to the CID office.”

“We’ll be there by eight o’clock. So I want to I assure them that the peaceful chairman of a peaceful party will respond to their call even though we were invited through WhatsApp,” he added.

After the recording emerged, the New Patriotic Party has called for the resignation of Mr. Ofosu Ampofo from the NDC.

The party said the NDC had lost its moral standing following his apparent utterances.

Organizations such as the National Commission for Civic Education (NCCE) have also condemned the comments.

In a seeming confirmation of the authenticity of parts of the leaked recording of the Chairman of the National Democratic Congress, NDC, Samuel Ofosu Ampofo, former President John Mahama has said the party’s chairman did not incite violence towards the Peace Council Chair, Rev. Prof Emmanuel Asante.

We’re not spending more on CSR than operational budget – GNPC