Only NDC can save Ghanaians from economic hardship – Bagbin 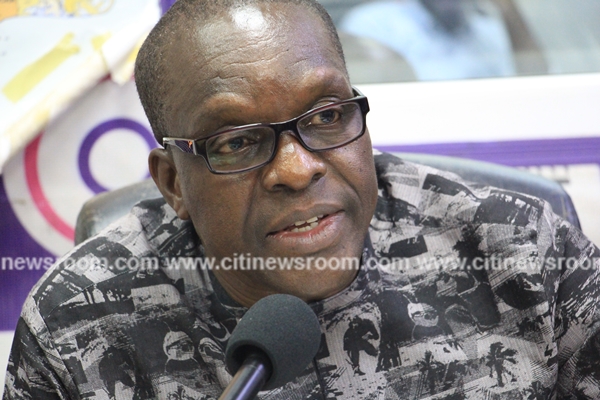 Defeated presidential aspirant of the National Democratic Congress (NDC), Alban Bagbin has said the current economic hardship in the country will force Ghanaians to bring back the NDC into office.

In a statement, he pointed out that anytime the NPP was in power, they eventually derailed the development agenda to irritate Ghanaians into going back to a leftist party.

[contextly_sidebar id=”zgrGgeVYDwLIDd3b5u9orKaULKuHmJlw”]“Whether it is the time of Busia or Kufuor, Ghanaians have always ended up gravitating towards the party with the more practical philosophy for the development of the country. A party like NDC, which at the moment is the only party which has demonstrated that it has the practical solutions to save Ghana,” Mr Bagbin said.

According to him, the reason the NPP had failed to advance the development of Ghana anytime they were in power is that the party’s political philosophy did not respond to the needs of the country.

“At the heart of the capitalist philosophy is the thinking that big businesses should be funded so that they, in turn, can employ others and cause a trickle-down effect. The big businesses in this context, are supposed to be multinationals that manufacture their own products.

“However, the level of development of Ghana at the moment does not fit the ideal conditions for such trickle-down effect to happen.

“We do not really have big multinational businesses that can produce their own products and employ hundreds of thousands or even millions, and so when you channel the money to the very few businesses around, all they do is an import, which creates jobs elsewhere and devalues the cedi.

Bagbin said that is what the NPP did under Busia and Kufuor, and are doing under Akufo-Addo which has widened the gap between the rich.

From President Rawlings to President Mills, to even John Mahama, this is what the NDC has done and that is how come the NDC is responsible for the larger part of our national infrastructure in this country,” Mr Bagbin said.

The NDC, he said, was far more helpful to Ghanaian Agricultural sector than the NPP. “We gave free fertilizers to Cocoa farmers, for instance, the NPP is selling them now to the same farmers.”

He said Ghana’s international reserves and import cover always looked better when the NDC was in power and depreciated when the NPP was in power.

“When they were in opposition and we were in power, they complained about us borrowing. Today, after just two years in office, of course, they have borrowed ten times more than we borrowed in eight years.

“When we were in power under President Mills, we maintained inflation at a single digit for almost a year,” Mr Bagbin added.

“the evidence is there for all to see, only NDC has moved this country forward anytime we are in power. Only NDC can save Ghana.”