Osu Castle a museum, not security installation – Museums Board 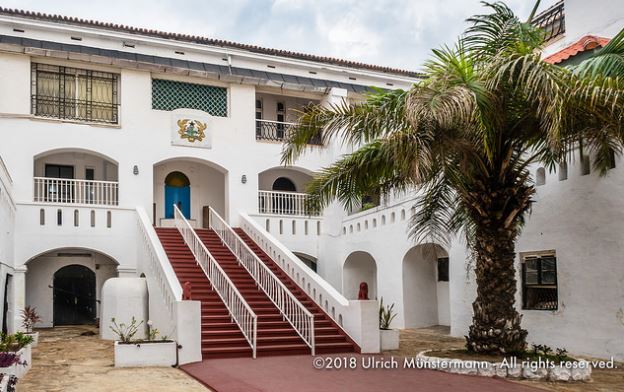 The Ghana Museums and Monuments Board has rejected claims that the Osu Castle is a security installation.

According to the board, the facility is instead a museum after its new status was announced by President Nana Akufo-Addo in 2017.

The Board said the former seat of government currently has the same status just like any other castle in the country.

“The Osu Castle is not a security installation. The Military and security sensitivities associated with it has since been withdrawn. It now has a similar status as the Cape Coast and Elmina Castles. Visitors, tourists and the general public are allowed to visit as and when they please,” the statement added.

The Board issued the statement on the back of a video documentary released by a journalist, Manessah Azure Awuni which claimed that the Osu Castle is a security installation and had been used to train some militia group called “De-Eye.” 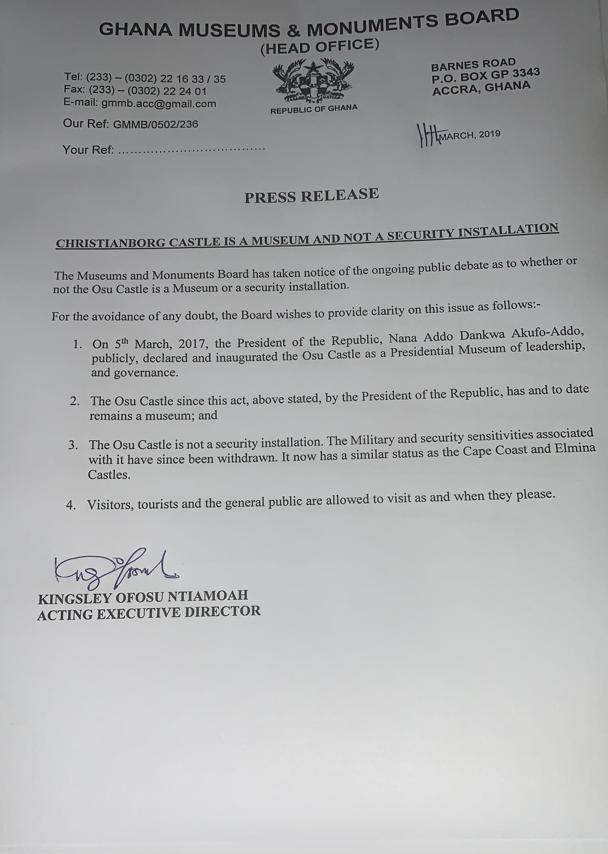 The militia group according to the video is aligned to the governing New Patriotic Party, a claim the party had rejected.

The Minority in Parliament after the video called for the resignation of President Nana Akufo-Addo who the issue.

The NPP also denied having any form of affiliation with the alleged militia group.

The party said it does not also support the activities of the said militia group.

A statement signed by the party’s Director of Communications, Yaw Buaben Asamoah, explained that the party has no connection with the group known as the ‘De-Eye identified the documentary.

The NPP also denied establishing any form of political militias or vigilante groups, adding that the party does not support the activities of such groups.

“Whilst any effort at helping rid the country of politically related violence is welcome and is to be commended, the NPP wishes to state unequivocally for the records that it has no connection to the purported group shown in the documentary. The NPP has not established any such group and is neither affiliated to nor supports one.”