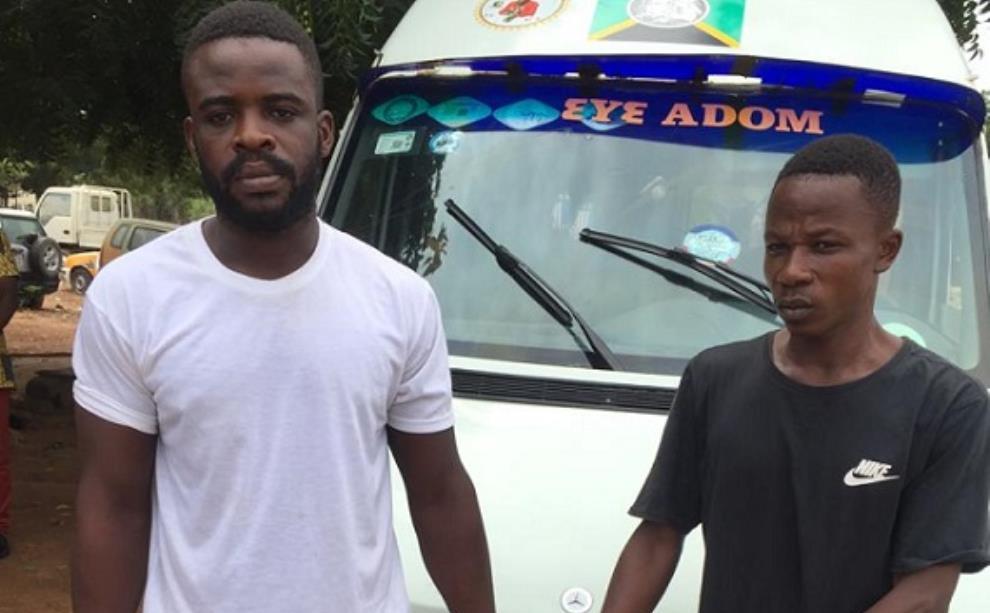 The commercial driver and his mate who were seen in a viral video footage fighting a uniformed police officer were reportedly brutalized by officers at the police station where they were being held.

[contextly_sidebar id=”lwJM1oIvu4mOnTA7i192bh2GSvLHkmZJ”]According to human rights lawyer, Francis Xavier Sosu, there are physical signs of what looked possible abuse suffered by the Francis Buaben, the driver and Albert Ansah, the conductor, while they were in the custody of the Odorkor Police.

The lawyer made the revelations after the CID gave him and a few others the permission to meet with the suspects on Friday.

Francis Xavier Sosu told Citi News that, after listening to the two persons they appeared rather to be the victims of a crime but have unfortunately become the suspects.

“From their own narration, they suffered a lot of physical abuse. They described various scenarios where they were subjected to serious beatings. They raised very serious issues that may be a concern eventually when appearance is made before the court,” he said.

“We are happy that we had the opportunity to see them. We believe that one of the ways that they can get justice is when they get all the opportunities needed to defend themselves and they can defend themselves when they have access to counsel. From listening to them today, the picture is even clearer, it is so obvious that these are rather the victims who are now becoming the suspects and it is just unfortunate.”

Interest groups including Amnesty International, Human Rights Advocacy Centre (HRAC), Ghana Private Road Transport Union (GPRTU), and Chamber of Petroleum Consumers (COPEC), on Friday went to the Criminal Investigations Department of the Ghana Police Service to demand the whereabouts of the two persons who they could not find at the police station where they were supposed to be held following a preliminary court hearing that remanded them until their next appearance on Monday, April 1.

The interest groups were later informed that the suspects had been transferred to the BNI Headquarters for their safety over fears that they would be abused by police officers or the police station may be besieged by other drivers.

The CID finally granted the request of allowing a selected few to see the suspects but the meeting was held at a location outside the BNI Headquarters.

Lawyer Xavier Sosu indicated said the suspects appeared to appreciate being at the BNI Headquarters compared to being at the Odorkor Police Station where they seem to have been brutalized by the officers there.

“It is very sad looking at them and seeing that these are people who have really suffered some form of abuse. You can see clear signs of Post Traumatic Stress Disorder. You can see the the timidy and the fear. You can feel their emotion.

“From our conversation, they have been safer in the BNI custody. It looks like the BNI has provided them a safe haven from abuses by the police,” he said.