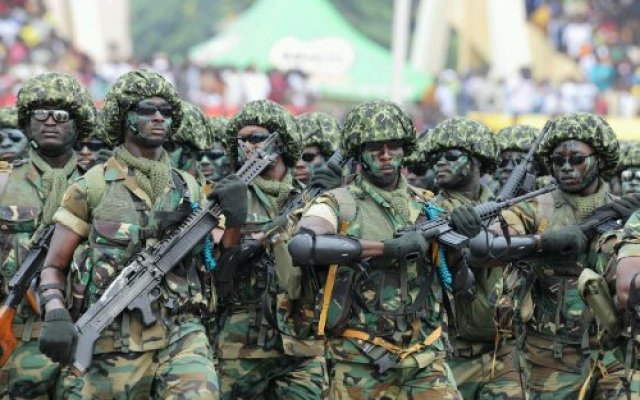 A private legal practitioner, Nii Kpakpo Samoa Addo has urged country’s security hierarchy to consider establishing a permanent military camp at Chereponi in the North East region to address the recurring issue of violence in the area.

According to him, the presence of such a facility in the area will send a strong signal to would-be trouble makers that they will be quickly found out and dealt with.

Speaking on the Big Issue on Saturday, the lawyer said the recurring conflicts in the area must not be treated as ordinary crimes whose punishments are not deterrent enough.

“We’ve always known that Chereponi is a flashpoint. It has been a flash-point for elections etc. and from reports, it has been a flash-point between Konkombas and other tribes there. Why can’t we have a garrison or a permanent security establishment there to make sure that there is a visible ground force at the place to assure the people and inform would be troublemakers that immediately you start something, you’ll be dealt with?”

“I appeal to the institutions that be, that where we know that, we have flash-points, those are the places that we must increase police presence and back it up with some military encampment…If we have one detachment of the military there and the police, at least it could get better. I think in the Chereponi town itself, we should station a detachment there to help,” he added.

Violence erupted in the area recently when a faction reportedly opened fire on wedding guests leading to a reprisal.

Three people died and many others were injured with several properties destroyed as a result of the clashes.

There were reprisal attacks throughout the weekend and the following week, leaving many people especially women and children displaced because their homes had been razed.

The Police have so far made eight arrests in connection with the incident.

According to Nii Kpakpo Samoa, all those found culpable must be severely dealt with.

He said any crime that resulted in the loss of lives warrants very severe punishment.

“We also need deterrent sentences. The punishment must be so severe that if you start something like this, you should know that taking lives is not something to be toyed with. For some areas, we allow these things to happen and we term it as communal violence but it should not be so,” he noted.

The lawyer further expressed disappointment that President Akufo-Addo had not made any public statement regarding the violence which he said should be considered a critical matter.

“My disappointment has been the fact that the president has not frontally addressed the nation in respect to something like this. This is a national emergency issue. This conflict has displaced a number of people, Ghanaians. I saw school children fleeing the place.”