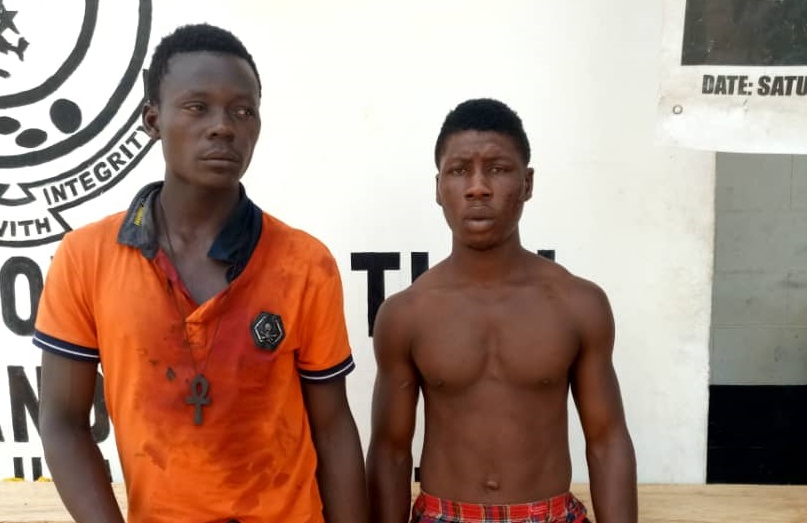 The Gomoa Ojobi District Police Command has arrested two individuals in connection with the robbery a mobile money vendor at Gomoa Fetteh in the Central Region.

The two; Yaw Danso, 24, and Daniel Amoo, 21, attacked the vendor, Kate Aidoo, on March 25 and poured a substance believed to be acid on her.

[contextly_sidebar id=”ibKyNC4pluSoNxpKtu3OVCyR5P7B5vYk”]The attack at around 11 pm, left the victim with burns on her face and chest area.

“She has been transferred to the Korle Bu teaching hospital because of the extent of her injuries, DSP David Osei Fofie the Ojobi District Police Commander said to Citi News.

He added that the two assailants will be arraigned to answer to charges soon.

Initial indications are that the two took advantage of the victim’s isolation to attack and rob her.

Mobile money merchants around the country are known to lack adequate security despite the significant amounts of cash they handle.

In Accra for example, after a spate of attacks on vendors, the Accra Regional Police Commander, DCOP George Alex Mensah, admitted that it was impossible for his outfit to provide adequate security for every mobile money business.

“They spring out at any corner and these armed robbers are just making meat out of them so it is a worry for the Police Service… We have scheduled a meeting with the telecom if we can discuss how best we can at least make sure anybody who is going to set up this money business will have a secure environment. Some of these are even operating on bicycles and these are easy prey for armed robbers,” he commented.