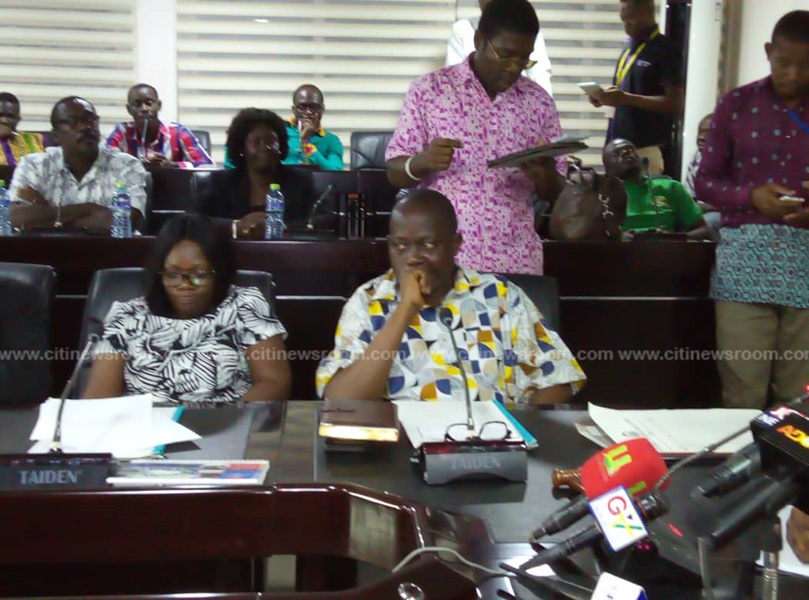 The Governing Council of the University of Education, Winneba has pegged the total cost of destruction of properties during protests by students of the school at GHc 250,000.

According to John Darko, a Member of the Governing Council of UEW, facilities including ATM, glass windows, vehicles among others destroyed by the students would have to be repaired.

Addressing the media after a tour of some damaged properties on campus, John Darko hinted that the Ajumako and Winneba campuses of the University will be opened soon in consultation with the Regional Security Council headed by the Central Regional Minister, Kwamena Duncan.

“The total cost of damage is estimated at about GHc250,000. We need to understand that broken down critical facilities such as vehicles, ATMs, glass windows and others affected by the violence may have to be repaired before the students could be asked to report back to campus. There is also a need to do a cleanup and undertake a repair and restoration of major facilities on our campuses before we could ask the students to report back,” he added.

The Central Regional Security Council, last Thursday shut down the school indefinitely after a 3-day protest by students which ended in the destruction of several school properties.

The students were demanding the reinstatement of some lecturers who have been sacked.

A senior lecturer popular with the students, Dr. Emmanuel Osei Sarpong, also had his appointment terminated.

The students’ protests were backed by UTAG, which called the sackings baseless.