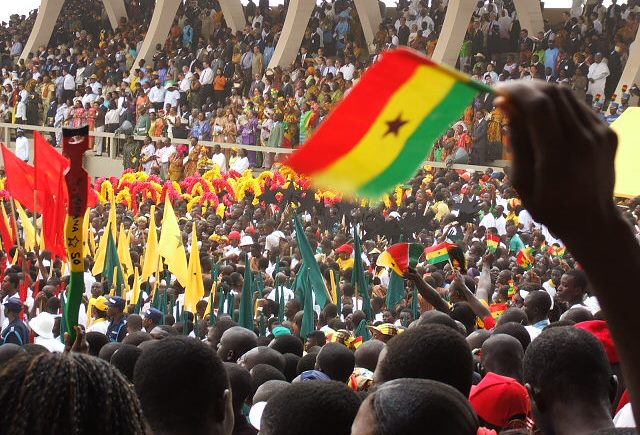 The Volta/Oti secretariat of the opposition National Democratic Congress (NDC) has called on Nana Addo Dankwah Akufo Addo to the 62nd independence day celebration to address security challenges in the country.

In a statement signed by the regional scribe of the party, James Gunu, the NDC claims: “This year’s celebration is saddled with palpable ironies of discontent, disunity, disorientation, fear and forlornness among Ghanaians on a day supposed to mark peace and unity”.

“Ghana cannot afford to crucify Hon. Samuel Ofosu Ampofo, National Chairman of the NDC and a known son of peace and unity.We call on President Nana Addo Dankwa Akufo Addo to use the independence celebrations to make a definite statement on the independence and freedom of Samuel Ofosu Ampofo to bring closure on this matter that has increased the political temperature.

It’s not enough celebrating peace and unity. We all owe it a responsibility to ensure the sustenance of peace and unity in order to develop this country”, the statement further indicated.

Questioning the ability of government to manage the security challenges facing the country, the statement noted that “insecurity in the nation appears to be heightening, evidenced in the increasing rate of violent crimes, mob actions and kidnappings, state-sponsored vandalism, among others. Government is incapable of ensuring and assuring the safety of Ghanaians as the security forces reflect total incoordination. Happenings during the bye-elections at Ayawaso-West-Wagon constituency is an echo of the bad security situation in the country. The recent killings at Alavanyo is also a subject of inquiries by a committee constituted by the Volta Regional Coordinating Council”.

The party charged the government to exhibit honesty in how it manages the security issues.

“Government must as a matter of urgency show candour in its handling of the security situation in the country” the statement said.