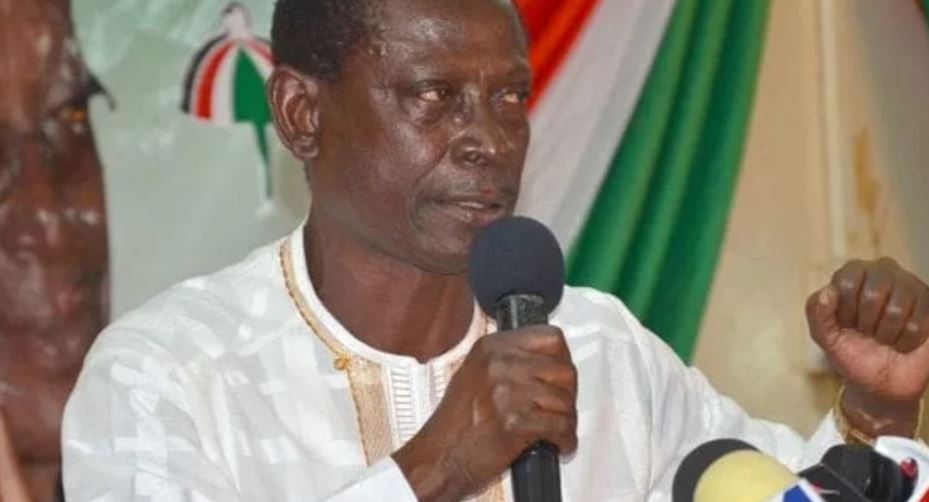 Mr. James Gunu, Volta Regional Secretary of the National Democratic Congress (NDC) has called for a state burial for the late Dr Kwabena Adjei, former National Chairman of the Party.

Mr Gunu said Dr Agyei, a former Minister of State had sacrificed his life for the country and needed a befitting recognition and burial.

“The late former Chairman paid his dues to both party and country from when he was elected as Council Member for the Jasikan District Council in 1978 to the position of First Majority Chief Whip in 1993 and then to being a Member of Parliament for Biakoye in the Volta Region in 2001, Minister and many more. So he must be given the needed recognition,” he said.

[contextly_sidebar id=”JMxGk42tRjzpSt8Ew3WTjhMcva2afIAr”]Dr Adjei was born on 9th March 1943 at Nkonya Ntsumuru in the Volta Region and died at the Greater Accra Regional Hospital on Tuesday, March 12 after a short illness, aged 76.

Mr Gunu said a state burial for the former Chairman of the NDC would serve as motivation to the new political generation that their sacrifices for the nation would not be in vain.

He said the nation and the NDC Party had lost a political strategist and a statesman and that the “gap he left behind would be difficult to fill.”

The late Dr Agyei was a Member of the Council of Elders of the NDC, Former PNDC Secretary for Volta Region and Former Minister for Lands and Forestry and Food and Agriculture.

The NDC has declared three days of mourning for the late former Chairman and suspended all Party activities.

The Party’s flags are expected to fly at half-mast and a book of condolence opened at the Party’s headquarters and Volta Regional Secretariat.