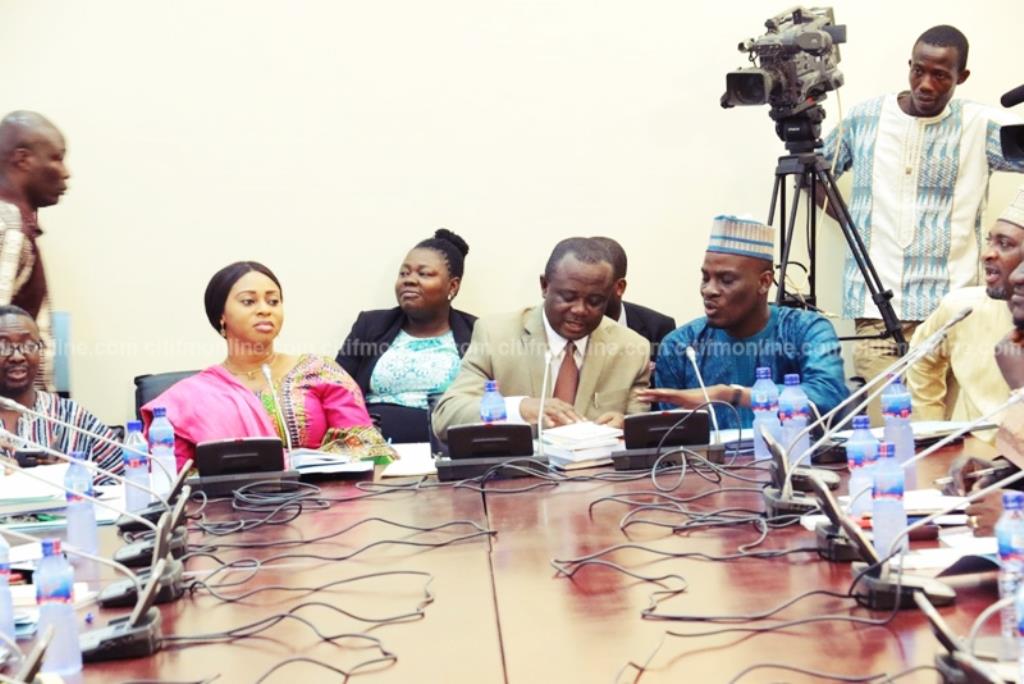 File photo: The leadership of the Appointments Committee

The Appointments Committee of Parliament will later Thursday begin vetting of nominees for various ministerial roles related to the new regions.

[contextly_sidebar id=”ibTG2408YTU1otjIHK06Vxnu2QjjKP8g”]They were among the persons President Nana Akufo-Addo nominated to occupy various ministerial and deputy ministerial positions in the newly created regions after he presented the official Constitutional Instrument for the creation of the new regions.

Municipal Chief Executive (MCE) for Sunyani, Evelyn Richardson has been named Minister for the Bono Region.

Also Salaga South MP, Salifu Braimah who has been nominated as Minister for the Savannah Region.

Cedi depreciation: ‘We should be okay’ in a couple of weeks – Ofori Atta

Cedi depreciation: 'We should be okay' in a couple of weeks - Ofori Atta