Woman with 55 slabs of cannabis in court 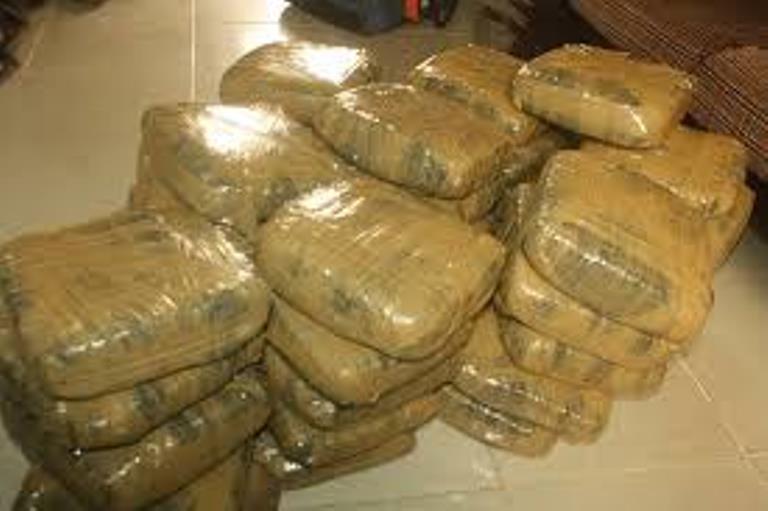 A Widow who was nabbed with 55 slabs of dried leaves suspected to be cannabis at Adidome in the Volta Region, has appeared before an Accra High Court.

Patience Fiamenya, a beautician with three kids charged with possession of narcotic drugs without lawful authority pleaded not guilty.

Patience, however, told the Police that the drugs were given to her by one Kofi in Togo to be given to someone at Aflao for a fee of GH¢50 cedis.

Luck however eluded the accused person when Narcotics Control Board (NACOB) conducted a snap check and arrested her with the drugs concealed among smoked fish in her two baskets.

The court presided over by Mr. Justice George Boadi admitted Patience to bail in the sum of GH¢50,000 cedis with two sureties to reappear on April 3.

The court further ordered Patience to report to the Police at Dabala every fortnight until the final determination of the case.

Arguing for bail for his client Mr. Emmanuel Ewu, told the court that Patience was not a flight risk and was willing to appear in court any time she was required.

Mr Ewu said Patience had fixed place of abode at Abuitor in the Volta Region and also a bread winner of her family and that her continuous detention would bring untold hardship on her family.

Ms Dorcas Felli, a State Attorney objected to the grant of bail saying accused may not appear to stand trial when granted.

Ms Felli said a look at the nature and gravity of the offence, it was not likely that Patience would avail herself to stand trial.

According to the State Attorney, Patience in the presence of the driver and mate of the vehicle admitted ownership of the drugs.

The court in its ruling held that the state could not provide compelling reasons to convince it not to grant bail and therefore granted Patience bail.

The facts as narrated by the state were that the accused person resides at Abuitor in the Volta Region where she plies her trade.

The Prosecution said on February 6, this year, Patience boarded a bus from Dzemeni to Sogakope.

He said meanwhile officers of NACOB had earlier gathered intelligence that some women usually transport Indian hemp when loading fish at the banks of the Dzemeni river.

He said based on that the officers of NACOB searched a bus with the accused person on board and found 55 slabs of dried leaves suspected to be Indian hemp concealed in baskets covered with smoked fish.

Ms Felli said when quizzed, Patience admitted ownership saying that the drugs were given to her by one Kofi in Togo to be delivered to someone for a fee of GH¢50 cedis.