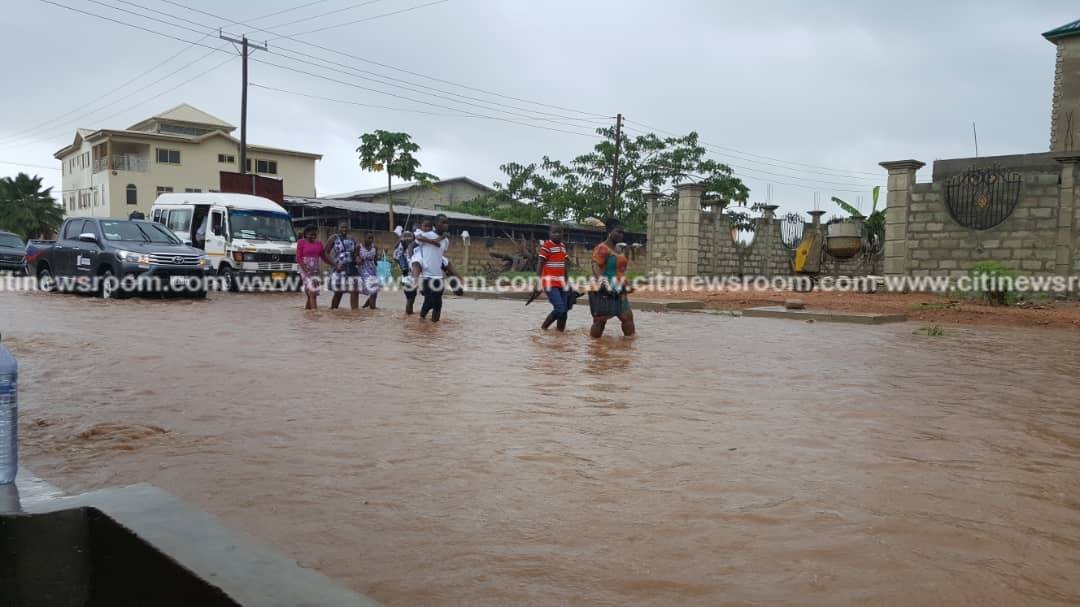 The Accra Metropolitan Assembly (AMA) is working to minimize the impact of perennial floods in the Accra metropolis.

It has begun desilting storm drains ahead of the rainy season to prevent flooding.

As the rainy season approaches, many Ghanaians and most residents in Accra worry about flooding in the city.

[contextly_sidebar id=”zGVSYPekbZfcg229CHfTX3NmaFOZVq9e”]In previous years, many people have lost their lives in tragedies such as the June 3 disaster which claimed over 100 lives.

It is quite usual that such heavy downpour wreak havoc in parts of the city, destroying lives and properties.

But, Public Relations Officer for the AMA, Gilbert Ankrah says his outfit is adequately prepared to avert such incidents.

“Currently the Odaw stream going all the way to the Korle is going to be desilted from next week. The main reason why that has delayed a bit is the illegal structures that have sprung around that very enclave.  But we have given them notices and clearing have begun.  But assurances are that from next week, we are going to do that work. All the other areas within the Assembly are also going to see such desilting.”

Mr. Ankrah also advised residents to be mindful of their activities and not sabotage the plans of the Assembly.

“Actually, it has begun with road side drains but it is important that much as we [take] all these measures to maintain the drains, citizens must also be responsible.”

Many homes and offices are at risk of flooding

Parts of the capital, such as Kwame Nkrumah interchange, Odawna, Adabraka, Okponglo, part of Weija, are badly affected during such periods.

Many have partly blamed the siting of structures on waterways, and blocking of drainage systems for the flooding.

A former National Organizer of the opposition National Democratic Congress NDC, Kofi Adams, is of the view that developing another city outside the national capital Accra, will curtail the perennial flooding in the city.

According to him, interventions by city authorities will not work because Accra is overpopulated.
Mr. Adams stated that the government can decongest Accra by moving some offices out of the city.

He said the huge amount being targeted by the New Patriotic Party (NPP) to reconstruct the city’s drainage and sewage system, can be committed into building a new city.

“The solutions to flooding in Accra is not about continuing to do what we have done over the years that hasn’t worked, the solution is to build another city. Accra currently is choked, the government should start relocating some of its offices outside Accra. This will move some persons out, so you decongest the city,” he said.