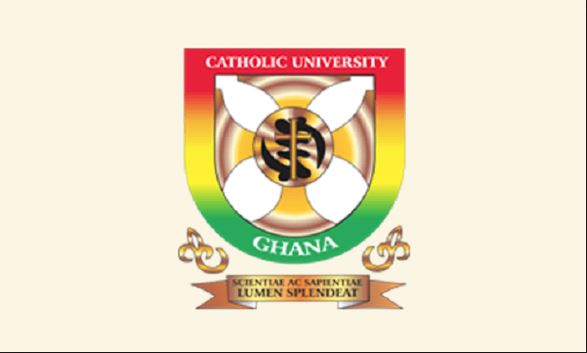 The Catholic University College of Ghana, Fiapre in the Brong Ahafo Region will in September this year, introduce a Master of Philosophy and Education programmes.

Additionally, the University is in discussion with the Nurses and Midwifery Council to kick start with Bachelor of Science in Midwifery and Public Health Nursing programmes.

However, students who would be offered any of the two programmes would be made to undergo some short courses before studying the programmes.

Mr. Hammond Oppong Kwarteng, Assistant Registrar and Head of University Relations Unit made this known at a Press conference held in Accra.

Mr. Kwarteng explained that whiles the Master of Philosophy has a two-year duration, the Master of Education would take a duration of one year.

He said the University was poised to become one of the first-class universities in the country, hence, the introduction of new courses and dynamics in its administration.

“As I speak now, there have been several changes at the University. We have established a satellite campus at Sampa and lectures are currently ongoing,” he added.

According to him, the University was considering running a distance programme in some selected satellite campuses so that students who are far from the main campus could access education.

On Scholarships, Mr. Kwarteng said every year, the Catholic University College of Ghana in collaboration with the Barclays Bank offered 10 needy but brilliant students’ scholarships.

“We also provide discounts on fees for Catholics and other students who propose terms of paying for their fees,” he added.

Apart from training more health professionals, Mr. Kwarteng announced that the University had produced the National Health Ambassador for 2019.

Mr Ojo said the licensure examination would enable its former students to secure jobs and promotion in their various institutions.

The Catholic University College of Ghana was established in 2002 by the Ghana Catholic Bishop Conference. It enrolled 50 students in 2003 after obtaining accreditation from the National Accreditation Board.

Aimed at providing quality higher education and giving holistic education for professional students, the College has so far trained about 9,000 students.

The university was mandated to train human resource who were selfless, dedicated and above all, very knowledgeable and God fearing.