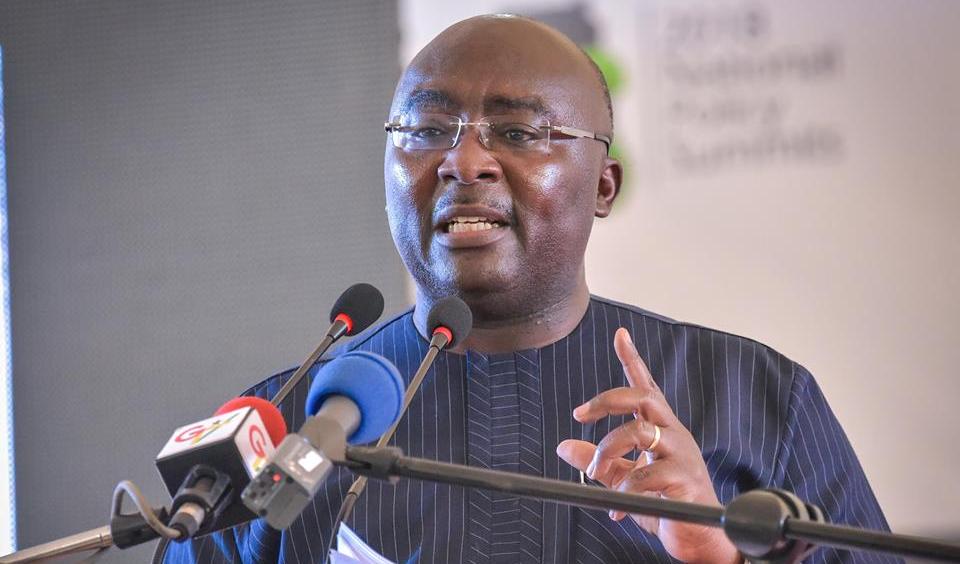 Vice President, Dr. Mahamadu Bawumia has called on Ghanaians not to politicize the drones for medical supplies initiative.

At the launch of the initiative, he indicated that death is no respecter of persons and does not determine the political affiliation of an individual.

“No Ghanaian deserves to die because by no choice of his or hers they are in hard-to- reach areas in this country. I am reliably informed of the huge impact the drone technology has made in the health care delivery systems in other countries such as Rwanda. And I have no doubt that, the success will be replicated in Ghana when we start using the technology to deliver critical medical products.

“It is therefore clear that we cannot reduce this service to the usual politicking because anybody who is dying will not be asked to show their party card before care is extended to them.”

The 12.5 million dollar contract is to enable the Ghana Health Service to fly blood and other essential medical supplies to deprived and hard-to-reach areas.

Mr. Asare said the centre will serve residents in the Eastern and Greater Accra Regions, and parts of the Volta, Central and Ashanti Regions.

“Ghana has joined the league of nations in the use of technology to achieve efficiency in the supply chain system in healthcare delivery. Ghana is poised to reach everybody everywhere so we achieve universal health coverage. This distribution centre will reach every part of the country.”

The $12.5 million deal is to enable the Ghana Health Service to send blood and other essential medical supplies to deprived and hard-to-reach areas.

When at full operations, Zipline will be running over 150 flights per day from each of its four distribution centres nationwide.

Zipline had been conducting its final testing and diagnostics of its equipment by flying a drone to deliver vaccines to the New Tafo Hospital in the Eastern Region.

Some patients and officials at the New Tafo Government Hospital have already testified to the effectiveness of the initiative.

“I was seriously bleeding on Monday after my operation so my family members were informed that I needed blood immediately and this drone saved me. And I think it is a good initiative,” he told Citi News on Tuesday.

It is capable of making emergency deliveries of life-saving medications to over 2,000 health facilities across the country.

The Member of Parliament for Ashaiman, Ernest Norgbey had already filed a lawsuit in court challenging the contract.

Mr. Norgbey in his writ said there was no justification for the government to sole-source the contract to Fly Zipline.

He had earlier expressed concern that the contract did not satisfy procedures in the Public Procurement Act.

He argued in the writ that the government “did not do due diligence or survey the market before embarking on a single sourcing method of procurement.”