Don’t vote NDC back over ‘dumsor’, they’ve nothing new to offer – NPP to Ghanaians 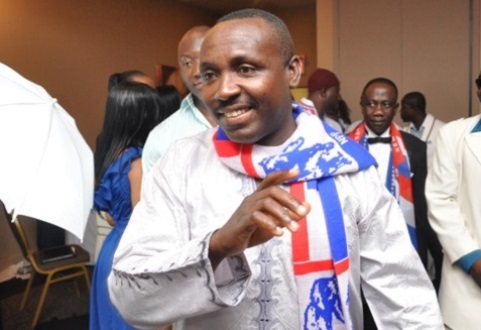 The governing New Patriotic Party (NPP) has appealed to Ghanaians not to vote for the opposition National Democratic Congress (NDC) if they want the erratic power supply in the country to end.

According to the party, the NDC cannot be trusted with the country’s resources and future.

Speaking at a press conference in Accra on Sunday, the General Secretary of the NPP, John Boadu said  Former President John Mahama and his party have nothing new to offer after they almost halted the economy from a growth path of 14% to 3.4%.

[contextly_sidebar id=”y7zoXuKtc9p8pTUgXcR5bkR7NGEJHdOY”]He noted that the NPP has saved the country millions of dollars that can generate enough power for the next decade.

“Worst of it all, Ghanaians were made to endure a painful life of Dumsor for over four years.  A precarious situation the country did not witness even in the dark days of military regimes. How were jobs to be saved and new ones created when business were using a chunk of their working capital to pay just electricity bills? In some cases, employees were using half of their salaries to pay electricity bills.”

“This was the life of the Ghanaians under President Mahama. How were jobs going to be created or saved?  Even Mahama’s solution to dumsor was merely an opportunity for his transaction agents to make more money. Akufo-Addo deserves praise for serving Ghanaians over 7.6 million dollars in excess of capacity charges in electricity alone for the next 13 years, he added.

Former President John Dramani Mahama has said the NPP government’s claims that it is managing the economy effectively are merely propaganda, insisting that the current administration’s ‘lies’ will be exposed by the realities of the lives of Ghanaians.

Speaking on the state of Ghana’s economy, Mr. Mahama, touted his government’s achievements, adding that the NDC had capable people managing the economy.

He reiterated comments he made last year saying:  “You can do all the lies and the propaganda of the economy you like, the reality of the people’s lives will expose you.”

Financial Analyst, Toma Imihere believes an increase in the cost of electricity will help the companies within the power distribution chain generate enough revenue to end the continuous erratic power supply.

When asked if the action will not have a toll on the governing party as the next general election draws closer, Mr. Imihere mounted a strong defence for his argument saying: “it is better than having the lights off. At least if there is expensive power, you can choose to have your power on or off. Even when there is ‘dumsor’ and you want to pay for the power, you won’t get it.”

“If you have to increase tariffs, you better increase it. It is better to have expensive power than to have no power at all”, he said.

A possible return of power cuts

The Energy Ministry insisted that the recent challenges have nothing to do with financial problems or mismanagement.

The Minority had stated that the government has returned the country to an era of load-shedding popularly called “Dumsor”, a claim the Energy Minister has dismissed.

In light of the recent challenges, the Africa Centre for Energy Policy (ACEP)  has explained that the current power situation resembles the onset of the power crisis which bedevilled the country some four years ago.

It has also called for more transparency from the Ghana Grid Company (GRIDCo) as Ghanaians grow more concerned about a possible return to the load shedding that marked the country’s power crisis some six years ago.