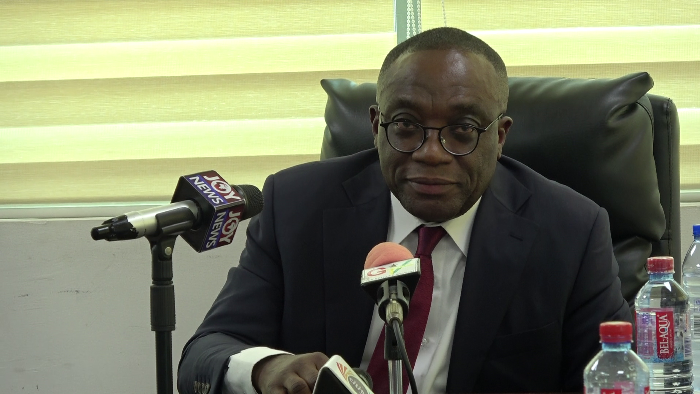 The Western Regional Head of the Driver and Vehicle Licensing Authority (DVLA), Emmanuel Narh, has been summoned to the national Headquarters over ongoing investigations into his claim that his outfit does not issue licenses to every Rastafarian because some of them abuse drugs.

According to him, until some Rastafarians identity themselves properly as belonging to credible religious organizations, they’re never given licenses, although this is not part of the stated rules for denying an applicant a license.

“For the work that we do, we have a code of ethics and we have drivers’ conduct. Before the DVLA trains or approves of you as a driver, we need to watch you closely and examine you physically. We need to know if the person is above eighteen years; are you somebody who’s sound in the mind and do you have a good sight?”

“In Ghana, there are two types of Rastafarian groups; there are those who are Rastafarians for religious purposes. When you come to DVLA, it’s not every Rastafarian that we don’t give licenses to. We ask you; if you belong to a credible religious group, you need to show us an ID, then it convinces us that may be in your family background, there’s a reason why you don’t have to cut your hair. When that happens, we can give you the license. Or that you belong to a Rasta religious group that comports itself very well; that way if you show us your ID, we will give you a license or take you to a driving school for training.”

“But if we don’t identify you as belonging to any of such groups and that you came from some ghetto with your unkempt Rasta and we have all the evidence, nobody will mind you. There are some of them when they come, apart from the Rasta, if you look at their eyes and demeanour, you can conclude that he has smoked terribly. So such a person, you can’t give him the license, I am speaking the facts” he stated.

Mr. Narh went on further to give an instance where he literally compelled his relative to cut down his dreadlocks before he allowed him to go to a driving school, after which he helped him to acquire his license.

The Rastafarian Council of Ghana has already demanded his removal, and has vowed to petition the Commission on Human Rights and Administration Justice, CHRAJ, if he’s not sanctioned.

Describing the utterances as regrettable and unprofessional during an interaction with journalists at its headquarters, the Chief Executive Officer of the DVLA, Kwasi Agyeman Busia, apologized to the group and assured that punitive action would be taken if the officer is found guilty.

“On behalf of the Authority, I am here to retract that statement that he made; it’s not an alleged statement because we all listened to the tape a few minutes ago. It’s an error; it’s regrettable, and the fact that we’re even having this conversation is regrettable because in our regime, there’s nothing about religion and issuance of license or displaying of what religion one belongs to before you’re given a drivers’ license. We’re a government institution and we provide service regardless of colour, creed, nationality, height, sexual preference, none of that is relevant to the process.”

“Once you pass through the medical screening, once you have a computer-based test pass, and you can do in-traffic driving, those are the three clear areas we look for, and we issue a driver’s license to you. So I apologize on behalf of the Authority to the Rastafarian community for the utterances of the officials in the Western Region. We don’t have room for this in our establishment. It’s uncalled for, it’s imprudent and it’s even morally wrong; and I wanted to clear the air about this, that this is not the practice that we indulge in at the DVLA” he explained.

The DVLA CEO said the Authority will use this situation as an opportunity to sensitize its regional and district officers not to sidestep the laws to do things differently.

“I also want to take this opportunity to let our regional and district managers in case they’re in doubt about what the process is, they need to go back and look at it and understand it. There’s no grey area at all about who qualifies for a driver’s license. It’s as clear as crystal. Yes, it happened in Takoradi, it could be in another place another time, and that’s why we’re trying to stop. Nobody should be victimized for their religion in this country for anything of this nature”.

Mr. Agyemang said he could not immediately tell what sanctions would be meted out to the Western Regional Director until the investigation is over.

“I cannot off the cuff tell you what’s going to happen to that individual, but we do know there’s an invitation for him to come to the Headquarters today [Tuesday] and we will have a conversation to understand exactly what transpired. I have had two conversations off the cuff with him, but we called this meeting to express our dissociation with the words that he used to describe the process because it’s nothing in the Legislative Instrument or in the Act about Rastafarians or any religious body showing their ID before they’re given service”.

DVLA has not apologized to us officially – Rastafari Council

Meanwhile, the Rastafari Council, Ghana says they have not been officially received any apology from the DVLA beyond what the media has reported.

The Council says Mr. Emmanuel Narh is not fit to hold such a dignified public office, and that his pronouncement is an affront to the 1992 Constitution which guarantees the rights and liberties of all Ghanaians.

No funds for printing, teachers forced to write exam questions on blackboards