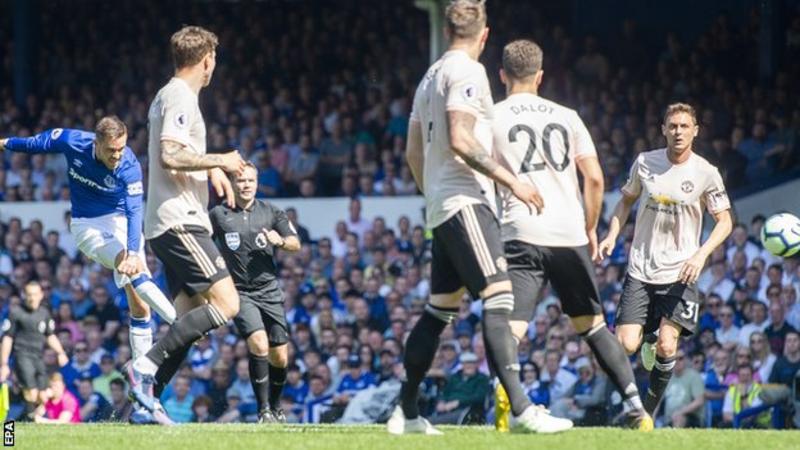 United face a fight to secure a Premier League top-four place and Champions League football next season after 90 minutes which were little other than torture against a rampant Everton.

United goalkeeper David de Gea had saved superbly from Richarlison before the Brazilian hooked in an acrobatic 13th-minute volley to set the tone for a magnificent display from Marco Silva’s side.

Everton did not let up after the break, Lucas Digne scoring from long range after De Gea punched out a corner, before substitute Theo Walcott ran clear on to Sigurdsson’s pass to slide home the fourth.

United have lost six of their past eight games in all competitions, while a fifth successive away defeat – for the first time since 1981 – leaves them facing the prospect of Europa League football next season.