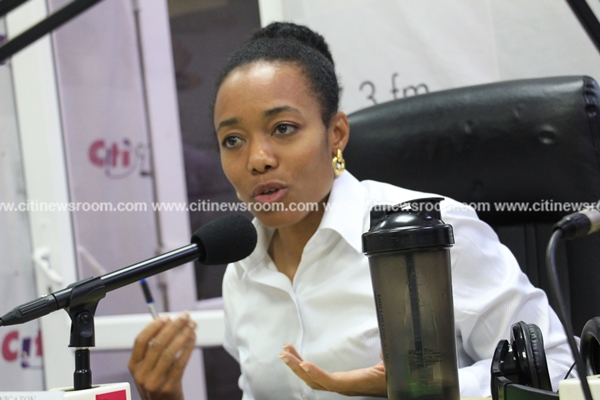 The National Democratic Congress (NDC) Member of Parliament for Klottey Korle Constituency, Zanetor Rawlings is fully convinced that the Akufo-Addo government won’t be able to achieve its dream of making the national capital, Accra, the cleanest city in Africa by 2020.

According to her, the onset of the rains and its accompanying flooding makes it crystal clear that the President’s ambitious vision is nothing but a facade.

[contextly_sidebar id=”V9No1cdqlVD1TOSw7qciN7yPU1ZvplAi”]Speaking on Point Blank on Eyewitness News, she noted that the almost three-year-old agenda smacks of failure as the city continues to struggle to manage waste.

“Not from where I stand and not at this point in time…I don’t see the necessary things in place for it to happen. You are still seeing the rubbish everywhere. The amount of rubbish left behind when the water receded after the flooding [on Sunday] was quite phenomenal.”

“We are in our third year since that promise was made. Accra is nowhere near becoming the cleanest city in West Africa, let alone on the continent,” she added.

Zanetor Rawlings further accused the government of paying lip service to the vision and chided them for the lack of will power.

“In other countries where they decided to do what we are saying, they took certain actions that were very brave. Some decided to ban plastics, some decided to allow a particular kind of plastic. So, you need to really take some courageous decision. The political will must be backed by actions; not just saying and going.”

The ambitious plan comes in the face of worsening sanitation crisis in the nation’s capital, Accra, with city authorities struggling to deal with the situation.

Years after the President’s announcement, many have doubted the President’s vision since nothing significant has been undertaken to rid the city of its heavy filth, except the launch of a national sanitation campaign which is yielding no result.

Last Sunday, some parts of the capital city got flooded after a downpour.

Circle de3 if I pee for the there sef the whole place fit flood pic.twitter.com/9OxZsU2zFF

Some places including the Kwame Nkrumah Interchange, Kanashie, Avenor among others were all flooded.

Running water spilt from chocked drains unto the roads at the Kwame Nkrumah Interchange and left pedestrians with no choice but to walk through the water which was around the knee level.

The Ministry of Sanitation and Water Resources is hopeful that the President’s Akufo Addo’s dream will be achieved.

She affirmed that the president’s vision of transforming the city will be realized by the year 2020.

“It can, why not? The president is determined, and I am sure we are all determined. For instance, the Ministry would have to provide leadership, monitoring, evaluation and assessment in ensuring that everything is provided for the assembly and the contractors to work effectively.”

A Senior Research Fellow at the Institute of Democratic Governance (IDEG), Kwesi Jonah has suggested a reassessment of President Nana Akufo-Addo’s plan to make Accra the cleanest city in Africa.

He is of the view that this declaration was more of an aspiration than a promise that was deliverable within four years.

He said “when you say that you want Accra to be the cleanest, it is a standard; it is an aspiration… That is not to say you will be able to get to where Rwanda is [regarding sanitation].”
“On the political platform, politicians say all kinds of things that they do not mean literally,” Mr. Jonah remarked.

In his view, such a promise was never going to be possible given the nation’s resources.