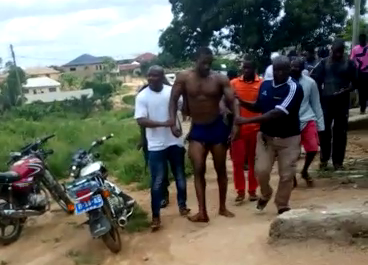 A sister to the suspect in the Kumasi National Democratic Congress (NDC) office shootings says she has been receiving threats from persons believed to be part of the irate youth who launched the attack on her brother.

Samira Hussein, who witnessed the stabbing of her brother last week by persons suspected to be relatives of the deceased NDC supporter, told Citi News some unknown persons keep calling her phone and threatening her with death.

Her brother, Suleman Hussein, also known as Akon, was declared wanted by police for his alleged involvement in the shooting incident which claimed the life of 34-year old Abdul Wasiu.

Angry youth on Thursday besieged the residence of the suspect at Kenyasi-Abirem where they allegedly assaulted him.

Samira Hussein says she is living in fear and wants police protection.

“After the incident, I have been receiving calls from unknown numbers and private numbers. The moment I hear the voice, I just cut the call. I listened to one guy and he said they made a mistake and that they should have attacked me first before my brother. They should have not allowed me to move. I have been seeing strange faces around our house. People are surveying our house,” she complained.

Some men believed to be relatives and friends of the deceased attacked Suleman Hussein in a suspected reprisal attack.

The victim is currently at the Komfo Anokye Teaching Hospital after sustaining multiple stab wounds.

The angry youth on Thursday afternoon besieged the residence of the victim at Kenyasi-Abirem to demand his whereabouts from his family.

According to the suspect’s sister, the youth numbering about 20 broke into his brother’s room and stabbed him multiple times with knives.

The family reported the incident to the police who later came to his rescue and succeeded in dispersing the youth.

The shooting incident in February happened when the National Chairman of the party, Samuel Ofosu Ampofo, the General Secretary, Johnson Asiedu Nketia, and the Regional Executive Committee met at the office to iron out issues between both factions.

It left 34-year old Abdul Wasiu Iddris dead and one other injured.

The three who reported themselves to the regional police were  Hussein Bari alias Warrior, Midhima, Damos and Abu Taliban.

Police have said four alleged members of pro-National Democratic Congress group, the Hawks, are suspected to be behind the attack at the party’s Ashanti Regional office in Kumasi that left one dead and one other injured.

Casual workers for referendum to be paid by next week – EC 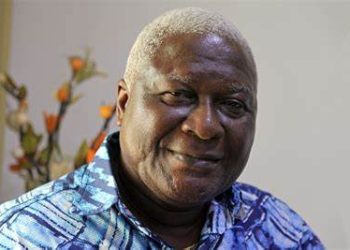 Casual workers for referendum to be paid by next week - EC