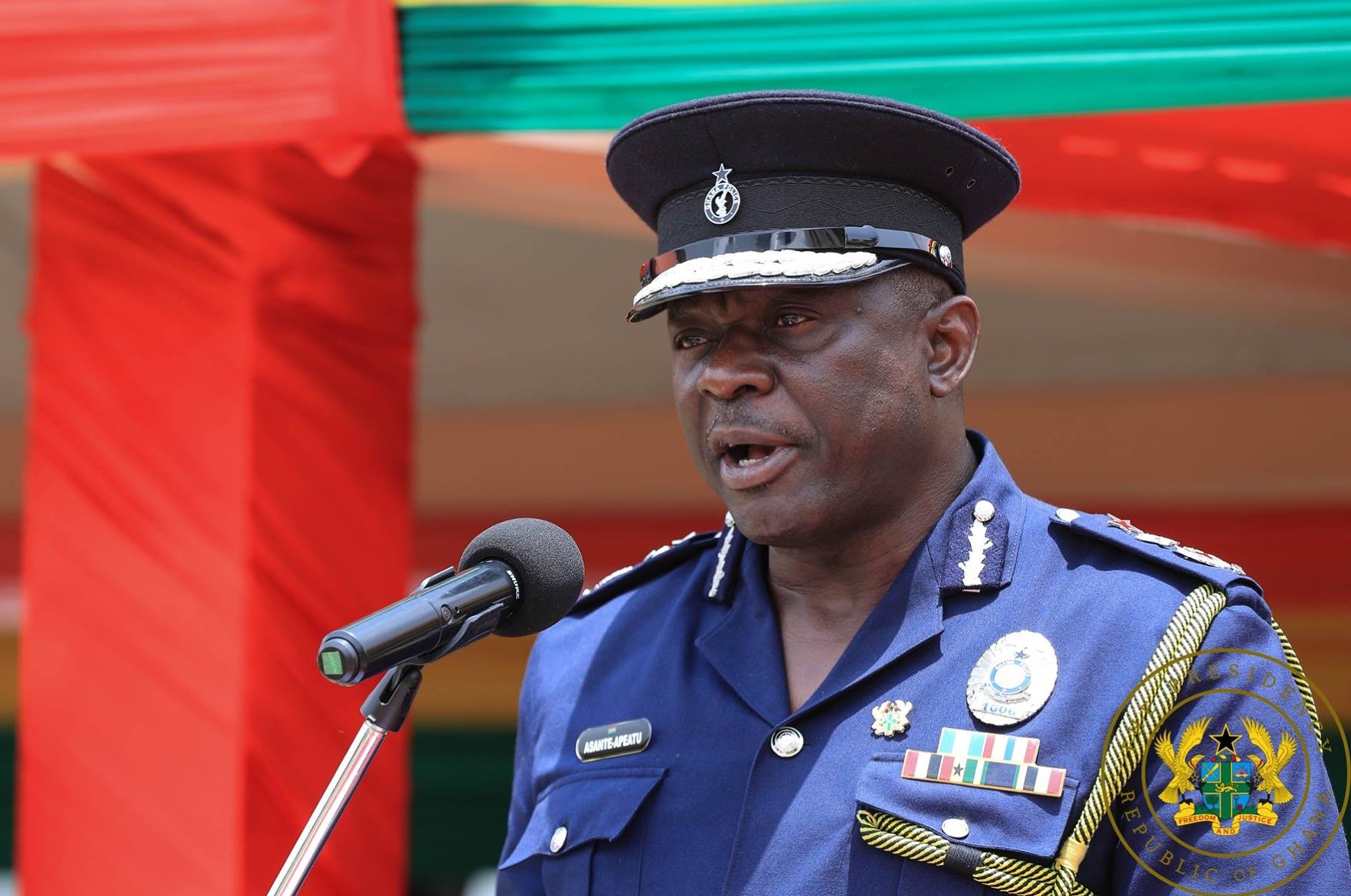 The Inspector General of Police (IGP), Mr. David Asante-Apeatu, says the police will deal ruthlessly with armed robbers terrorizing the lives of commuters within the Asante Mampong Divisional Command.

He said the police are determined to make the highways in that enclave safe for traders and other road users, who had become vulnerable targets of highwaymen.

The IGP who was speaking at separate meetings with the chiefs and people of Mampong, Ejura and Sekyedumase, said his outfit will get tougher on the robbers and make it very uncomfortable for them to continue in those nefarious acts.

“My office is adopting effective and innovative strategies to combat the menace,” he stressed.

Mr. Asante-Apeatu, was in the area as part of his working visit to selected districts across the country to learn at first-hand challenges confronting his men on the ground, in order to address these challenges appropriately.

He then addressed personnel at the divisional headquarters, after which he paid courtesy calls on the chiefs of Mampong, Ejura and Sekyedumase to solicit their support in crime combat in those areas.

The incessant attacks by armed robbers on highways dominated the concerns of the people who called on the IGP to take swift steps to address the situation.

They blamed the situation on lack of adequate personnel and vehicles to frequently patrol the highways, allowing the robbers to exploit that visible weakness.

Responding to the concerns, Mr. Asante-Apeatu assured them that more personnel would be posted to the various stations within the division in the shortest possible time.

He assured that the personnel will adequately be resourced with vehicles among other things, to enable them tackle the armed robbery menace head-on.

Chief Superintendent Wisdom Lavoe, the Divisional Commander, also reiterated the lack of personnel and logistics and underscored the need to address the situation expeditiously, to save lives and property of road users.

He said with the establishment of a police post at the Mampong Scarp where activities of the robbers were prevalent, they have turned their attention to the Ejura Scarp and assured the IGP that, they could win the fight only if the needed personnel and logistics were provided.

He advocated the decentralization of the highway patrols, since they were on the grounds and knew all the robbery prone areas.

He complained that the situation where patrol teams had been deployed from regional and national levels have not really been helpful.