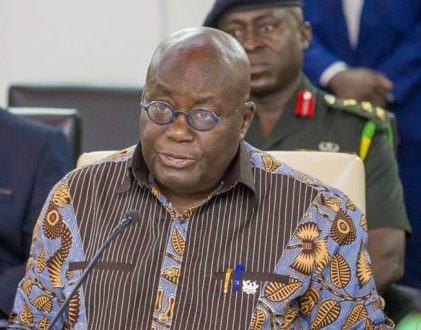 President Nana Addo Dankwa Akufo-Addo has said that he is determined to deal with the growing phenomenon of kidnapping.

He said his government is taking some decisions concerning the incident which will ensure that the crime does not become a characteristic of the Ghanaian society.

This is the first time the president is making a public statement on the incident since the matter started dominating media reportage earlier this year.

About 20 cases of kidnapping have been recorded in 2019 alone with that of the three Takoradi girls being most topical and generating a lot of political pressure on the government.

The police have also been accused of being sluggish in finding the girls and bringing to book the perpetrators of the crime.

President Akufo-Addo who was speaking at a meeting with the Ghana Anti-Corruption Coalition said the decisions that will be taken by the government in connection with the crime will indicate his commitment to ensuring that the phenomenon of kidnapping does not occur in the country.

“We are all concerned about this phenomenon of kidnappings which we have not known. Our brothers and sisters in Nigeria have known it but we have not known it in this country. We need to do something about it to make sure that this does not become a feature of our society. I am very very determined on the issue and decisions are being taken as we speak that will be a clear manifestation of the  determination I have to deal with this matter,” he said.

A Security Analyst, Adam Bonaa had earlier called on the president to as a matter of urgency address the country on the rising incident of kidnapping.

Given the growing apprehension around the purported involvement of Nigerian nationals in the crime, he further suggested that President Akufo-Addo ought to reach out to Nigeria’s President Buhari on the matter.

“The President by this time should have been speaking to his counterpart, speaking to President Buhari letting him know what his poeple are doing our country and that we seem to have a problem with them in terms of kidnappings,” he added.