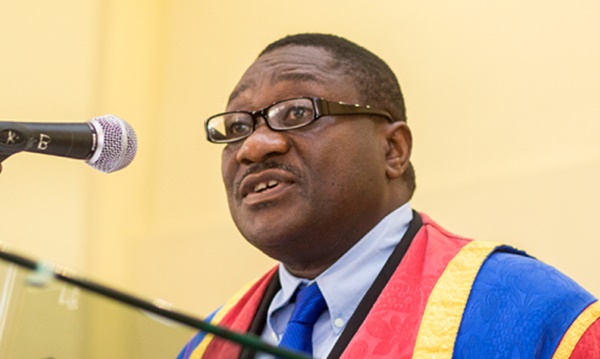 Former Vice-Chancellor (VC) of the University of Education Winneba (UEW), Prof. Mawutor Avoke who was dismissed by the institution’s Governing Council is demanding an immediate reinstatement.

He also wants the feuding factions at the school to unite and resolve their difference in the interest of the university.

He says, he is ready to work together with the current VC, Prof.  Anthony Afful-Broni and the Chairman of the University’s Governing Council, Prof. Emmanuel Abekah but first, they should rise above their parochial interest to enable them work for the good of the institution.

[contextly_sidebar id=”jOeNqCUbryiEayw1Yp8eM9Zj939NtFgW”]Although the Supreme Court overturned a High Court decision which led to the removal of Prof. Avoke, he has not been able to assume office following the induction of Prof. Fr.  Afful-Broni.

The school’s Governing Council had also threatened to deal with him if he dares show up on campus.

Prof. Abakah has also been accused of conflict of interest in the award of himself full professor status although the school maintains due process was followed – both situations led to an uneasy calm in the school which was shut down some time ago over students protests.

Addressing the press in Accra on Tuesday, Prof. Avoke described himself as a ‘consensus builder’ and one who is ready to work with any manner of person.

I’ll go to court if

Professor Avoke also vowed to return to court if his request is turned down.

He said he had been cleared by Economic and Organized Crime Office (EOCO) of the issues that led to his dismissal.

“I am here on the strength of the clearance from EOCO and the fact that we have done nothing wrong and that my reputation has been restored…We will go back to court in May if no effort at reconciliation has been initiated,” he added.

Lawyers for Prof. Avoke, had in November 2018, written a letter to the school’s Governing Council directing it to prepare the office of their client to enable him to resume following the Supreme Court’s ruling.

The lawyers also wanted same accord to be extended to former Finance Officer of the University, Dr. Theophilus Senyo Ackorlie.

The Winneba High Court in 2017 ordered Prof Avoke, to step aside until a case brought against him and the University’s Governing Council was determined.