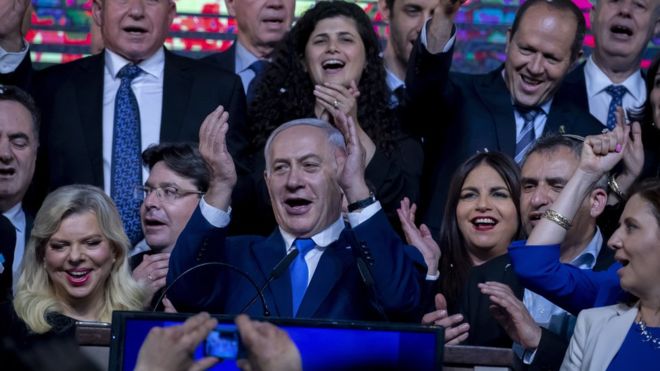 His Likud party is expected to finish with a similar number of seats as ex-military chief Benny Gantz’s centrist Blue and White alliance.

But Likud and right-wing allies are set to be the largest bloc with 65 seats in the 120-seat Knesset, local media said.

Exit polls had predicted a tight race with no clear winner, prompting both Mr Netanyahu and Blue and White leader Benny Gantz to claim victory on Tuesday night.

“It will be a right-wing government, but I will be prime minister for all,” Mr Netanyahu told cheering supporters.

“I intend to be the prime minister of all citizens of Israel. Right, left, Jews, non-Jews. All of Israel’s citizens.”

No party has ever won a majority in Israel’s 120-seat parliament and it has always had coalition governments.

Mr Netanyahu, 69, put forward tough messages on security ahead of the vote and it soon became one of the election’s key issues.

He also made a significant announcement in the final days of the campaign, suggesting a new government would annex Jewish settlements in the occupied West Bank.

The settlements are considered illegal under international law, although Israel disputes this.

Mr Netanyahu denied the allegations of corruption against him, saying he was a victim of a political “witch hunt” designed to influence the election.

The Arab alliance, Hadash-Taal, said it was an “illegal” action that sought to intimidate Arabs. Likud said it wanted to ensure only “valid votes” were cast.

Mr Netanyahu’s main challenger, Mr Gantz, is a retired lieutenant-general who formed the Blue and White in February, promising to unite a country that had “lost its way”.

Mr Gantz’s campaign platform referred to “separation” from the Palestinians but did not specifically mention them having an independent state. It also called for continued control over the Jordan Valley and retaining West Bank settlement blocs. 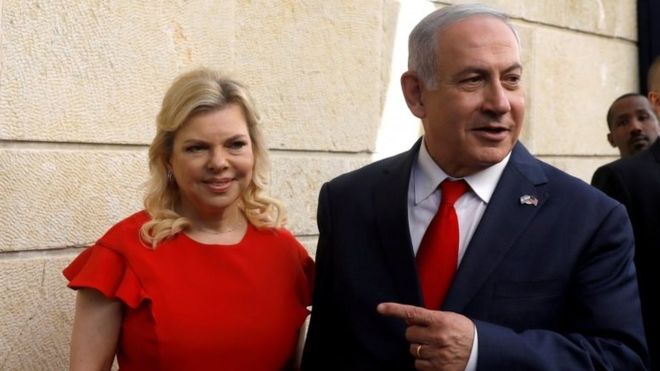 Israeli PM should be charged with bribery – Police