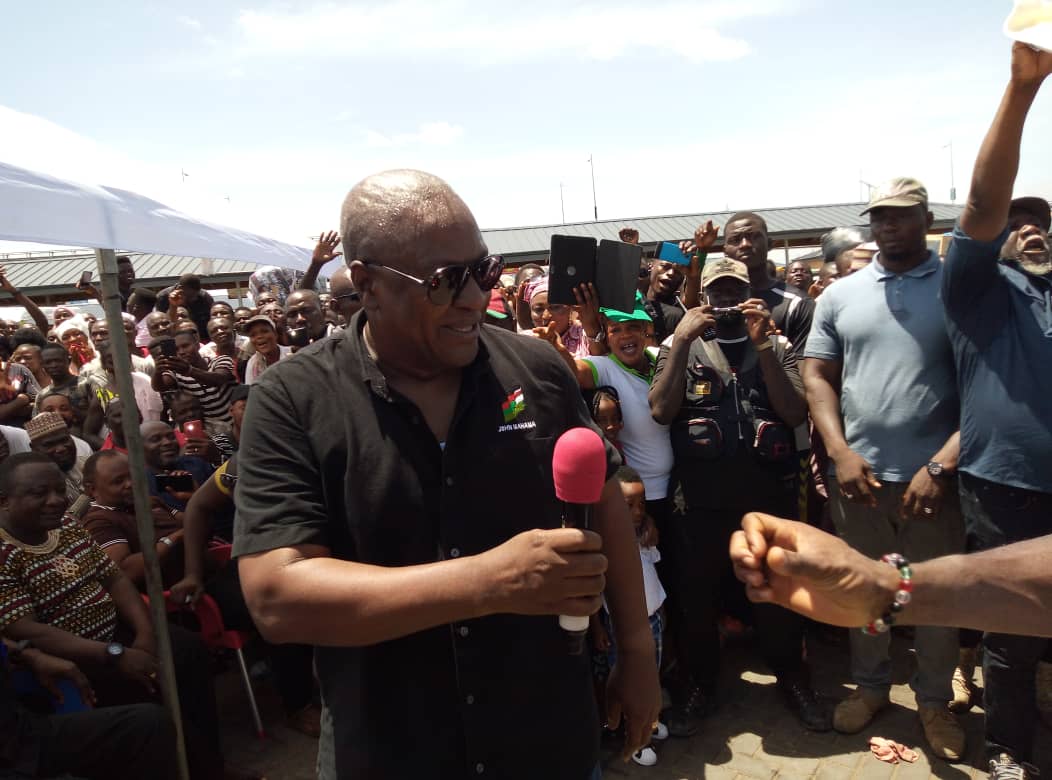 The flagbearer of the National Democratic Congress (NDC), John Mahama will today [Thursday] visit parts of Accra as part of his ongoing public engagements in preparation for the official start of the election 2020 campaign.

The former president is expected to visit the Accra Tudu bus terminal as well as the Kaneshie lorry terminal.

He is also expected to visit the Kwame Nkrumah Circle lorry terminal where he will interact with drivers, traders and commuters.

The interaction dubbed the pre-Easter Walkabout is to afford him the opportunity to encourage the travelling public to have an incident-free Easter period. 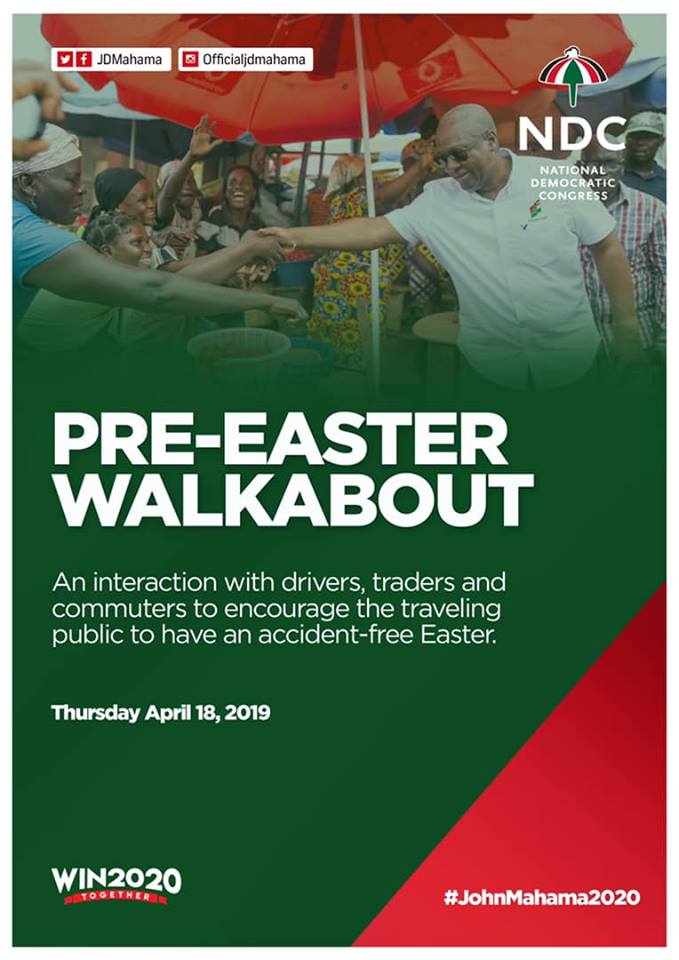 John Mahama since his election as NDC flag bearer in February has been embarking on tours across the country with the most recent being Central Region.

John Mahama’s message during such interactions is to emphasize that the NDC is a better option to the governing New Patriotic Party (NPP) under President Nana Akufo-Addo.

During his Central Regional tour earlier this week, he said the hardship that has befallen Ghanaians under the Akufo-Addo government is enough evidence to bring the National Democratic Congress back into power.

According to the NDC flagbearer, the New Patriotic Party government has disappointed Ghanaians with all the hardships currently going on in the country.