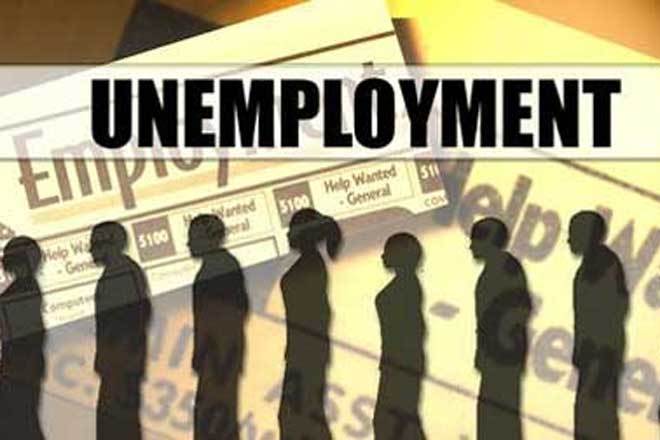 Graduate unemployment has been a major issue for socioeconomic development in Africa, according to data from the International Labour Organisation (ILO) in sub-Saharan Africa, the youth unemployment rate hovers around 12 percent.

Africa has the largest “youth bulge” in the world, and the number of youth is expected to grow by 42.5 million by 2020. Almost half of the 10 million graduates churned out of the over 668 universities in Africa yearly do not get jobs.

In Ghana, only a small fraction of graduates from the country’s tertiary institutions enter the world of work within two years after graduation. In 2018, a total of 106,000 graduates were deployed by the National Service Secretariat. This year a list of over 150, 000 final year students has been submitted to the secretariat and these students/NSS candidates are expected to be deployed to institutions and organizations for their national service.  Authorities at the secretariat describe the numbers as alarming.

Several governments along the line have tried solving this problem using the issues of graduate unemployment as a political campaign tool to canvas for votes, but little is done to address the problem when they get into office.

The New Patriotic Party government since winning power, has relied on partially existing but ineffective and efficient initiatives, such as the Youth Employment Program (YEP), Youth Enterprise Support (YES) now rebranded National Entrepreneurship and Innovation Plan (NEIP) and a newly introduced one known as the Nation Builders Corps (NABCO). Programmes such as the Planting for Foods and Jobs among other initiatives are also targeted at reducing unemployment even though their breakthrough numbers appear slight compared to the enormity of the problem.

Last week, the Ministry of Education put together over 150 experts in academia, industry, and entrepreneurs, business owners including Professors from UK, Germany, South Africa, Rwanda, Nigeria among other countries to develop a roadmap to help end the problem of graduate unemployment in the country. The programme was dubbed ‘National Summit on Tertiary Education and Enterprise Development.’

Listening to all the presentations from the experts as they delivered papers at the 3-day summit, I realized they all presented and made similar recommendations indicating that the root causes of graduate unemployment are known likewise the solutions to the problems, but the challenge has always been implementation.

From Professor Smile Dzisi, the Vice Chancellor of Koforidua Technical University, Anis Haffar, trainer of teachers, Dr Yaw Adu Gyamfi, CEO of Danadams Pharmaceuticals Industry and President of the Association of Ghana Industries, Martin Gyambrah, the Foundation Director of the University of Applied Management, Germany (Ghana Campus), Professor Alfred Nuwagaba, an associate professor of finance and a former Vice Chancellor of University of Kigali, to Barry Masoga, the Director of the Education-Industry Exchange Ltd in South Africa, the issues of change in curriculum, practical hands-on attachment, involvement of industry players and so on were very vital in their papers.

Since Ghana gained independence, dozens of policy documents have been drafted, reviewed and submitted on different areas all in the name of creating jobs for graduates and youth in the country but these documents are yet to see implementation.

I was however not surprised when Professor Emeritus Ivan Addae-Mensah, a former Vice-Chancellor of the University of Ghana and Professor Omojo Omaji, Head of Criminology and Security Studies at Chrisland University in Nigeria in their presentations revealed how successive governments have failed to concentrate on implementing already existing policies drafted to solve unemployment challenges.

“The politicization of things in this country is really affecting us so every time we take any initiative you see that half of the country is for it, the other half is against it and are just waiting to have a chance to change things. An example is the 3 years and 4 years SHS program, and we have to get over that thing and realize that whatever vision we have is for the nation. The 40-year guideline development policy to me is the best we can use, any party in power can use it as it serves as the blueprint for development of the nation and that is what America and other countries are doing, regardless of the party in office you do not have a choice than to follow what has been stated in the policy”.

Professor Omojo Omaji opined that development agenda properly so called must be insulated from the usual partisan politics as much as possible.

“We don’t lack policies, we do not lack development plans and roadmaps, we have several of them but we have failed because we have not articulated a clearer vision. The ‘where’ dimensions in our roadmaps have not been identified and Africa must confront this huge challenge of moving our vision.”

He continued, “we must remove developmental agenda from partisan politics which has moved our leaders from (use and dump policies) where when one’s party is in power whatever the previous government did is rendered useless, rubbished and dumped somewhere for new projects to be started all in the name of seeking to be elected in the next elections.”

Graduate unemployment is fast becoming a national security threat and until our leaders and politicians lay aside their differences in the interest of the nation, and come to the realization that the youth of this country are waiting on them to stop politicking and start implementing policies that will provide jobs, unborn generations will be told how they failed to ensure the development of this nation.

The scourge of unemployment has grown so much that in recent years we have seen a massing up of graduates into associations such as the Unemployed Graduates Association of Ghana (UGAG). It may sound far-fetched but one can only imagine what this force can do if we do not as a matter of urgency resolve this unemployment matter.

The subject of vigilantism is a trending discussion and in the last couple of weeks, we saw from the experience of the Ayawaso West Wuogon by-election what this phenomenon can plunge our country into. Many of the youth who become pawns employed by influential political actors for this selfish purpose are often available to be used this way because they have nothing meaningful to put their bubbling energies to.

If we do not solve this problem now, our future may be very bleak. We have heard of a presidential directive for the two major political parties to meet and fashion out a solution amongst themselves on how to root out vigilantism. We have also been told of the formation of a bipartisan committee to help unravel the mystery around the falling cedi and how to ‘arrest’ it. It is about time we saw a similar commitment on the unemployment front, because it is clear now that no one party or government has the solution.

I am not advocating a committee to meet and draft policies for job creation, but one whose job will be to see how the already existing documents on job creation can be coordinated and implemented, for the problem lies in implementation not in the poverty of policies. The earlier we acknowledged the problem and realistically dealt with it, the better for us all.