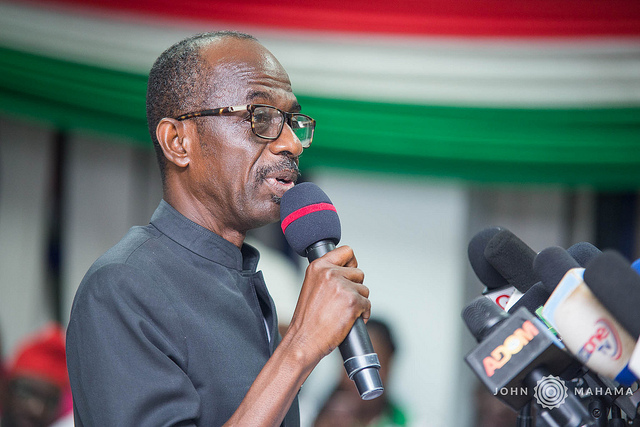 The National Secretary of the National Democratic Congress (NDC) Asiedu Nketia has expressed disappointment in the outcome of the first day of the dialogue on vigilantism mediated by the National Peace Council.

Speaking on Eyewitness News on Tuesday, he said his expectations were not met because the NPP and NDC could not agree on the scope of discussion.

“Generally the summary of my impression is that I was disappointed about the outcome of the meeting. My expectation going into the meeting was that the meeting was going to deal with the scope of the discussion i.e, what type of vigilantism are we talking about, and what can we discuss as part of the national dialogue.”

The outcome of Tuesday’s meeting was that the two major political parties, the National Democratic Congress (NDC) and New Patriotic Party (NPP) would emphasize the need to stop the activities of political vigilante groups in the country.

The NPP and the NDC among other things also agreed to stop the ownership, hiring and the utilization of vigilante and militia groups by political members.

The chairman of the meeting, Prof. Emmanuel Asante told the media that: “After an open and exhaustive deliberation, the parties agreed that vigilantism is inimical to Ghana’s system and must be eradicated.”

The National Peace Council invited both parties for the meeting following the president’s call for them to meet and resolve the issue of political party vigilantism in the country.

The meeting took place at the Central Hotel, near the British High Commission in Accra.

The meeting was aimed at offering an opportunity for the two factions to table a number of proposals and modalities for disbanding vigilante groups.