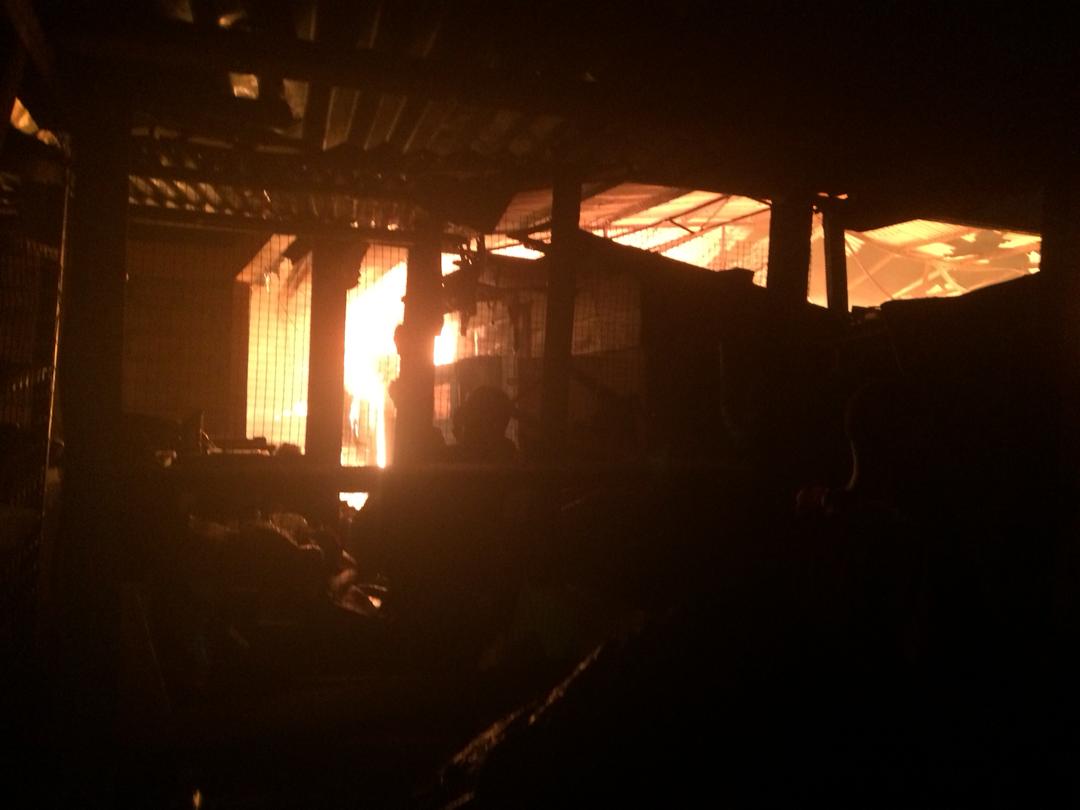 The Bureau of Public Safety (BPS) has asked government to publish all outstanding reports it has received from investigations on fire outbreaks in markets across the country.

According to the Bureau, the publication of these reports will provide adequate information on how to decisively deal with the incessant outbreaks of fire.

[contextly_sidebar id=”9BIl0ZKYF9RbXlM6aoUNqU3xZEDLIc2P”]In the past few days, four fire incidents have been recorded in Kumasi alone.

The first one occured on Friday night, the second one on Saturday night and the third one on Sunday night at various markets within the metropolis.

The fourth one occurred on Monday morning when fire destroyed portions of the Grace Chapel of the Calvary Charismatic Center in the same metropolis.

Executive Director of the Bureau, Nana Yaw Akwadaa, told Citi News Ghanaians must know the content of such reports to determine whether successive governments have truly implemented the recommendations to curb such fire outbreaks or not.

“Let government publish all reports it has received since 2012 at the peak of market fires. Let government publish the investigations done by the FBI and the Ghana National Fire Service so that we can all read through the report to see where we got it wrong and what duty bearers must do.  If government has anything meaningful to do, it should begin by publishing the investigation reports they received in 2012- therein lies the answers to these market fires.”

In 2013, a team of investigators including American experts looked into the curious case of rampant market fires, but the report was never made public.

The Chief Executive of the Kumasi Metropolitan Assembly (KMA), Osei Assibey-Antwi has hinted of an impending regional security meeting to look into recurrent fire outbreaks in markets within the Ashanti regional capital, Kumasi.

The KMA Chief Executive said the impending Regional Security Council Meeting will focus on bringing an end to the phenomenon.

“We all thought that maybe it was because of the power fluctuation that was going on and we are yet to unravel that. But today’s incident, I am not a professional but after listening carefully to the regional commander, to them, they will not be surprised to say it was arson. We will not sit down as the management of the city. We will bring it to the attention of the regional minister and being the REGSEC chairman, will automatically call the REGSEC to a meeting for us to decide and move urgently to stop this once and for all,” Mr. Osei Assibey-Antwi said.