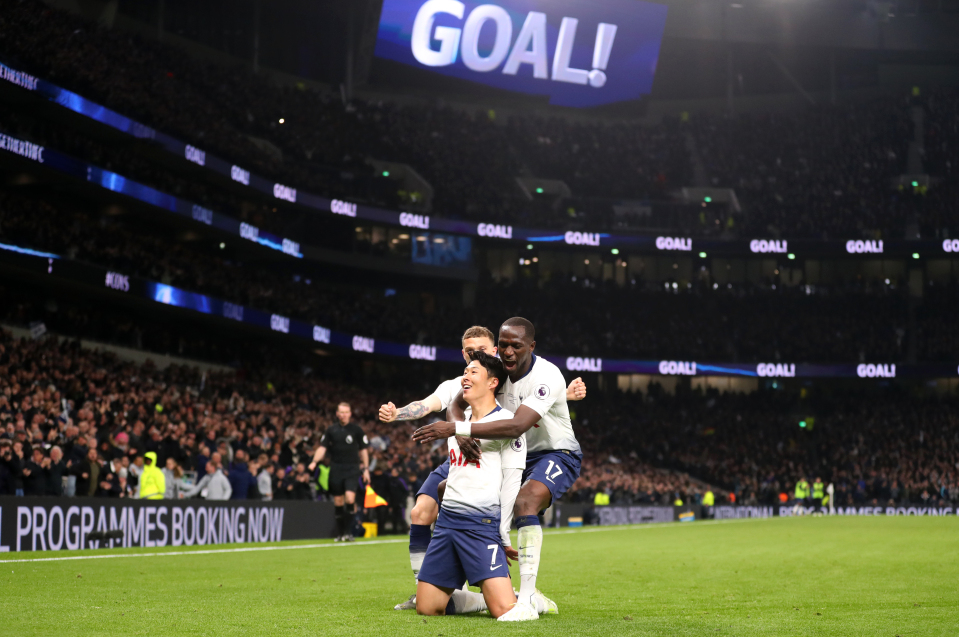 Tottenham marked the opening of their new stadium with a much-needed 2-0 win over Crystal Palace.

Heung-min Son made history by becoming the first player to score at the breathtaking arena, before Christian Eriksen made sure Spurs kept their place in the top four and ended their five-match winless streak.

While fireworks preceded the game during a stunning opening ceremony, the first-half failed to live up to the occasion and Palace frustrated the hosts.

But Son, returning to the starting XI, settled any nerves with his left-footed strike from the edge of the box in the 55th minute.

And Spurs fans, who have been encouraged to stay for up to two hours after the full-time whistle, were able to relax when Eriksen doubled the lead in front of the magnificent, steep South Stand.

The result sees Tottenham leapfrog bitter north London rivals Arsenal into third, although the Gunners have a game in hand.

It has been a long and painful wait to get back home for Spurs – 689 days since they last played at White Hart Lane – but on a memorable evening in front of just over 59,000 fans every one of those 51 trips to Wembley for a ‘home’ game will have been worth it.

Spurs’ players could not have failed to be inspired by the pre-match festivities, but despite an early corner, Palace showed they had clearly not read the script and should have taken a third-minute lead.

Jeffrey Schlupp got on the wrong side of Kieran Trippier and burst through on goal, but lacked composure and blazed over.

The hosts, buoyed by exuberant fans, began to take control and the chances soon racked up, with a number of players wasting the opportunity of a place in the history books.

Eriksen perhaps had the best of them early on but he failed to connect properly with his shot from Trippier’s pull back and Vicente Guaita had an easy save.

Harry Kane’s goalbound free-kick was only stopped from going in by a late block in the wall while Son’s shot squirmed through Guaita’s hands but went wide.

Danny Rose should have been the man to score the first goal but after being played through by Son he opted to pass to Kane when the only option was to shoot.

Michy Batshuayi fired an early warning in the second half that Palace were a threat on the break as he shot just wide from the edge of the area as the nervous tension began to rise.

But that was all alleviated in the 55th minute as Son earned himself a place in the annals of time by giving his side the lead – if the dubious goals panel do not get involved.

Palace gave the ball away to Eriksen in a dangerous area, he passed to Son and the South Korean cut inside and saw his shot take a heavy deflection off Luka Milivojevic and into the net.

It would be cruel if Son was robbed of this piece of folklore, but the Premier League might want to check if his shot was going in.

Spurs could have given themselves breathing space 10 minutes later but Kane, desperate to get on the scoresheet, produced an uncharacteristic miss when through one-on-one.

Eventually the game was put to bed in the 80th minute and it was another scrappy goal.

Kane burst into the box, thought he was fouled, but Eriksen was on hand to sweep home from close range.

Spurs were able to enjoy their night of revelry, but they know they will have to be better next time they play here next week – when Manchester City are the visitors in the Champions League.