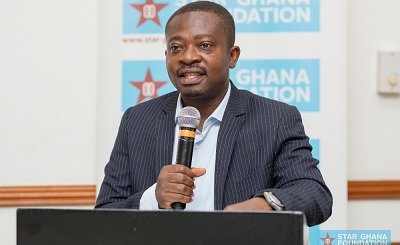 The Association of Ghana Industries (AGI) has requested from government a detailed account of money collected as plastic waste levy over the years.

Speaking to Citi News on the subject, the Chief Executive of the AGI, Seth Twum-Akwaboah said the unavailability of the funds is hindering efforts at recycling plastic waste in Ghana.

“The tax is imposed on importers of plastic materials. The Act clearly spells out what the funds should be used for. Until today we do not know what the fund is being used for. We know so much has been accumulated over the years by collecting these taxes.”

“We thought that, that money should be channeled into the kind of things that we are talking about so that we can help the companies clear the plastic waste from the system. As we speak now, we are not too sure about how much has been accumulated so we really have issues… I think we need to continue engaging with the Ministry of Finance. We want to be part of the decision making process,” he added.

At the second Annual General Meeting of the Environmental Services Providers Association (ESPA) on May 19, 2018, the then Sanitation Minister, Kofi Adda alleged that some GH¢99 million out of the GH¢400 million realized from the levy from 2014 could not be traced.

The Minister who suggested that the money disappeared during the erstwhile John Mahama government explained that the NPP government do not know the whereabouts of the money.

Mr Adda at the time alleged that the money disappeared during the tenure of the erstwhile John Mahama government.

He added that: “As of September 2016, about GH¢99 million was taken but we cannot account for it, we don’t know where it is. Our government cannot trace the money.”

He said the Ministry had taken measures to prevent a repeat of the malfeasance.