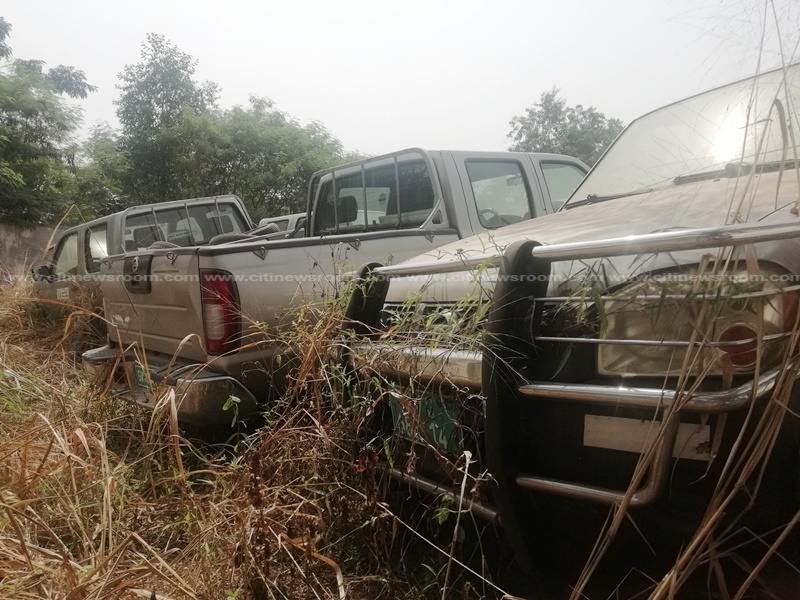 Accra-based radio station Citi FM is standing by its reportage on abandoned vehicles at the National Identification Authority (NIA).

The station said the NIA peddled falsehood in its attempt to deny the report.

The NIA questioned the professionalism and rigor of Citi News‘ Caleb Kudah, who reported the story.

The NIA in a statement said Caleb Kudah did not contact the authority or any of its officials for comment before publishing the story.

The NIA also claimed another reporter at Citi FM corroborated claims that Caleb Kudah was not thorough in his reportage.

But Citi FM in a statement responding to the NIA maintains that Caleb Kudah covered all his bases in his pursuit of the story.

“The reporter Caleb Kudah visited the office of the Executive Director of the NIA on January 8, 2019 for an interview on the matter. After being made to wait for hours he was informed by the secretary that the Executive Director was unable to speak to him. The visitor’s book at the authority confirms the visit by Mr. Kudah to the office on January 8, 2019.”

“The reporter made other subsequent attempts to reach the Head of Corporate Affairs of the NIA for comment on the matter, but was unsuccessful,” the statement added.

RE: NO CAR HAS BEEN LEFT TO ROT AT NIA

Our attention has been drawn to a press release dated 3rd April 2019 and signed by the Head of Corporate Affairs of the National Identification Authority (NIA), ACI Francis Palmdeti.

We wish to respond to the press release by the National Identification Authority dated April 3, 2019 on the above subject

The NIA response, which unfairly accuses Citi News and its journalist Mr. Caleb Kudah of laziness and unprofessionalism, is rather misleading and paints an inaccurate picture of the circumstances and facts surrounding the story.

We will outline our response to these four specific claims below:

Therefore the claim that “At no point did the reporter contact the Executive Secretary, the Head of Corporate Affairs or his deputy, to afford the NIA an opportunity to respond to what is disrespectfully described as so-called findings, is not only a lie, but an implicit admission that the authority had not been willing to comment on the matter all along.

The fact however still remains that the vehicles remain abandoned at the premises of the NIA.