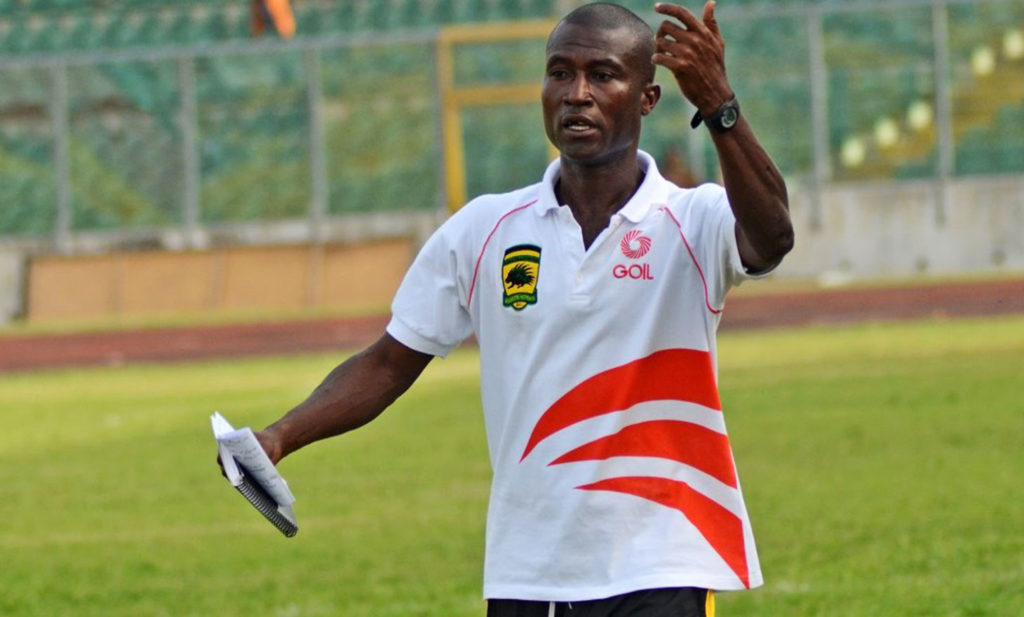 Asante Kotoko assistant head coach, Akakpo Patron, is surprised that Aduana Stars are contesting the decision to chalk off Yahaya Mohammed’s goal against Kotoko in the opening round of the NC Special Competition.

Replays of Mohammed’s goal showed that a Kotoko player was in the goal post when it happened but referee Julian Nunoo and decided not to accept it.

“I want to tell the NC Chairman and the Appointment Committee of the Referees that, they should look sharp because it was a bad thing.”

That’s a very bad thing. So, I beg the officials that, if they want us to have a good tournament, then they should work on the referees because they are still not normalised.”

However, Patron told GTV in an interview after the match that the referee’s decision was a good one.

“I think the assistant referee was at the right place when he waved the goal off. I thought it was an offside from where I was sitting and so, the Aduana Stars need to understand it.”

Kotoko head to Medeama on match day 2 of the competition while Aduana face Techiman Eleven Wonders.