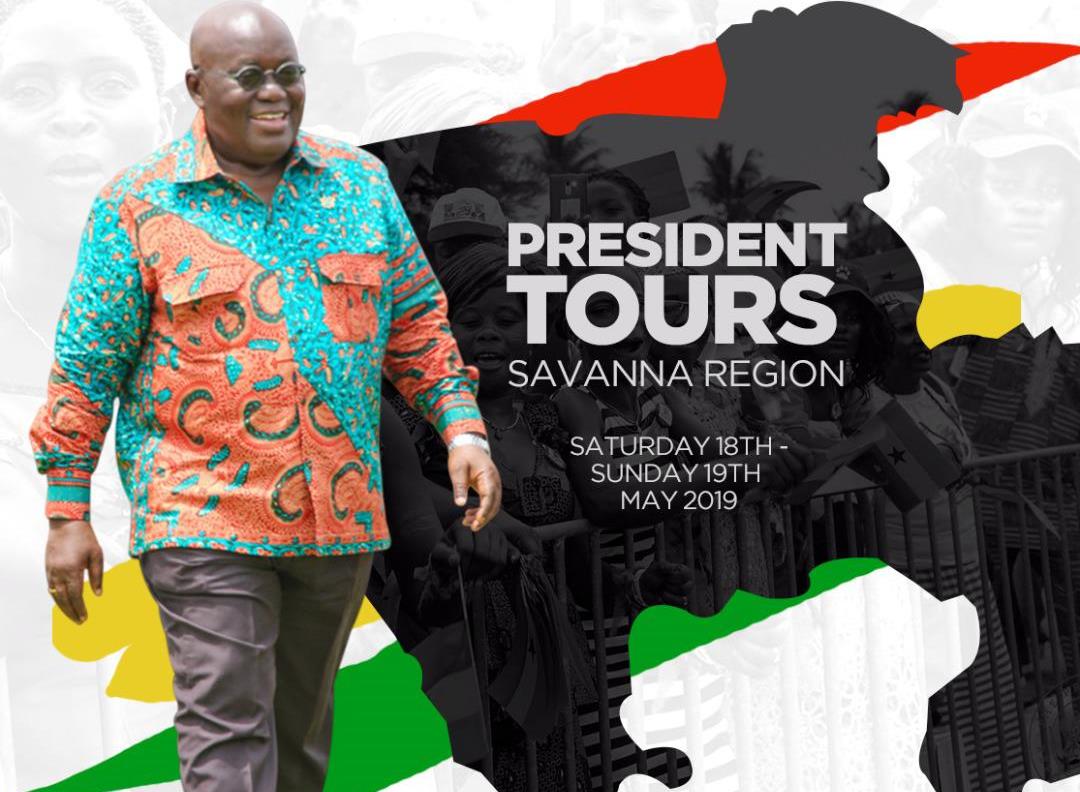 The President since last Tuesday has been touring parts of the newly created regions where he commissioned a number of projects and cut the sod for work to begin on others as well.

He has also so far attended various durbars by the chiefs and people of the Oti and North East Regions.

Today’s tour of the newly created Savanna region will take the President to Gonja North District where he will pay a courtesy call on the Paramount Chief of Wasipe traditional area at Daboya.

The President will also briefly interact with the Daboya Smock Weavers Association as the area is globally noted for its rich potential in quality smock material production.

Later in the day, the President will travel to the Sawla-Tuna-Kalba District where he will be interacting with tutors and students of Sawla SHS and also inspect ongoing works of a District Hospital at Sawla

President Akufo-Addo will tomorrow, Sunday attend an interdenominational church service at Damongo followed by a courtesy call on the Overlord of the Gonja Traditional Area, Yagbonwura Tumtumba Boresa I.

He will then conduct a site inspection of the Regional Coordinating Council; attend a durbar of Chiefs and people of Yapei at the Yapeiwura’s Palace and inspect the Yapei Water Extension Project in the Yapei Kusawgu Constituency.

The President is scheduled to return to Accra later on Sunday, May 19.