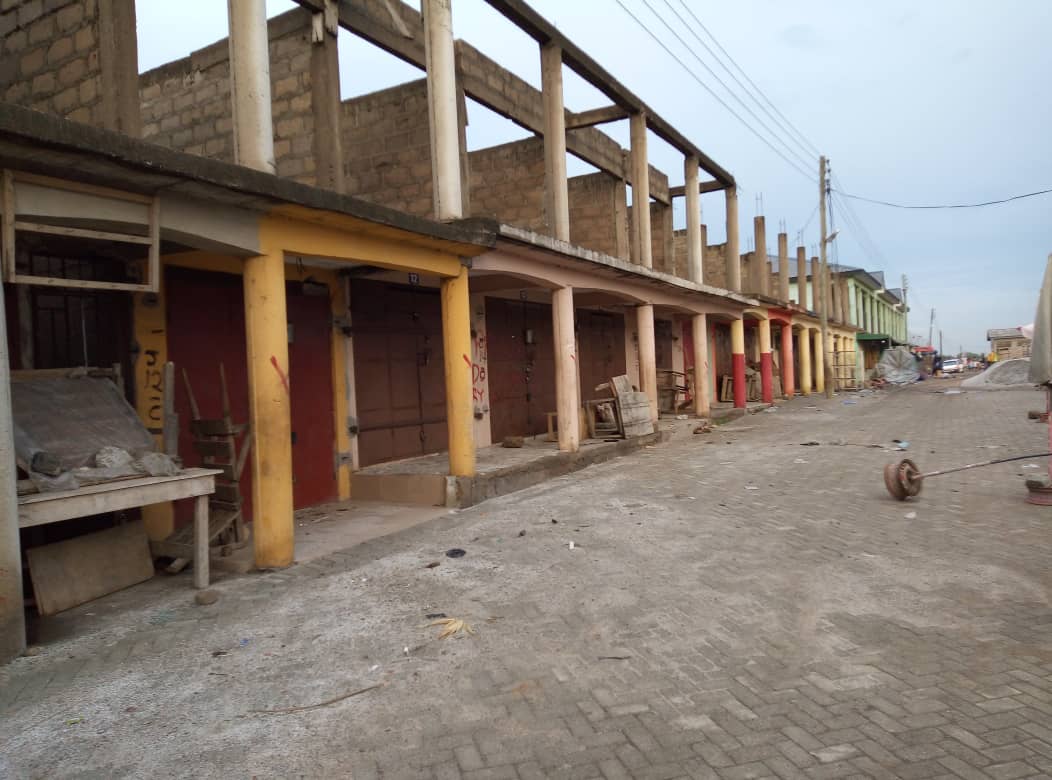 The Awutu Senya East Municipal Assembly has locked up some 63 shops at the Kasoa New Market.

This follows the failure of the shop owners to pay to the assembly an agreed 30% of monies they made from renting out the shops.

According to the Municipal Engineer for the Assembly, Isaac Ofori, the refusal to pay the monies constitutes a breach of an MoU signed between both parties, hence the lockup.

In an interview with Citi News, Mr Ofori further noted that the shop owners are indebted to the Assembly to the tune of about GHc2 million and his outfit will soon take the defaulters to court.

“Per the MoU, the first ten years, whatever money they get, they had to give thirty percent to the assembly. That is why management has taken a decision today to lock up the stores. We have been sensitizing them for a while now but they don’t want to come and pay the money. Now we have locked up about 63 shops. We have not finished. We are going to continue tomorrow.”

“They are supposed to pay us about GHc2 million. If they come and pay, their shops will be opened but if they don’t come their shops will remain closed. We have given the issue to the assembly’s lawyer, and very soon we are going to process a number of them for court,” he added.

Some of the shop owners who were not happy with the turn of events expressed their displeasure with the Assembly’s decision to lock up their shops.

They insisted that the assembly should instead go after those who rented the shops to them.

Another person insisted that the assembly “should have gone to deal with the people who rented the shops to us. Now that our shops have been locked, how do we make sales? Will the assembly reimburse us?”

Meanwhile, the Assembly has reported to the police some persons said to have broken into the shops locked up by the assembly.