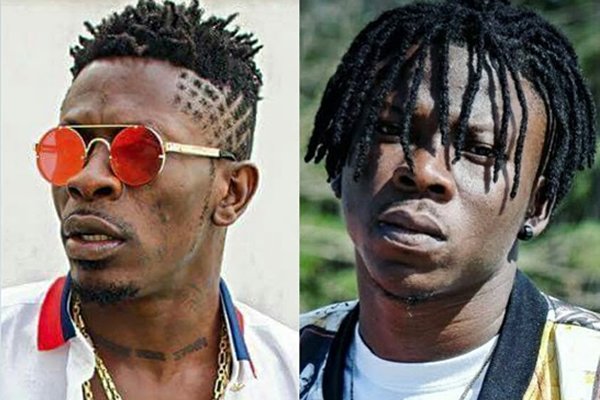 Shatta Wale and Stonebwoy (arch-rivals in the Ghanaian dancehall fraternity)

I remember too well how I got obsessed with books. I very much recollect how a sticker that bore the quote “When I have a little money, I buy books; and if I have any left, I buy food and clothes,” poked me.

The thought provoking quote by Desiderius Erasmus got me thinking. As a matter of fact, my roommate at the uni, those days, had ostensibly been acculturated and molded with that philosophy. He had almost any book that an English Language undergrad wanted to read.

Why will he sacrifice his food and clothes for books? That’s a sure recipe for an unwarranted slimming course. And for sure, his frame attested to that; to say food wasn’t a necessity to his survival won’t be an understatement.

I was initiated; I made sure I invested as much of my student’s loan facility then, into acquiring any book that was worth acquiring. Soon our room became a library. And till date, I stick to the philosophy of never walking out of a bookshop without at least a book.

Is my story one of positive influence? I have never taken the pain to read about Desiderius Erasmus, nor bother to find out the ideals he lived by, but his words have shaped me. He becomes a hero any time I share my reading experience.

Certainly, people who see themselves as celebrities (those we have made heroes, and those who actually are both celebrities and heroes) do owe society. Such duty includes influencing the people who look up to them, especially those who consider themselves “cult followers” because these people invariably become a reflection of the celebrity. As long as there have been those who pull ahead of the crowd in fame or fortune, there is a curious crowd wanting to follow.

The Ghana music scene is blessed with an upsurge of identifiable groupings who pledge allegiance and support for their favourite artistes. It is a positive development, one that was never “open”, if it did exist at all in the past years.

However, it appears the development is creating a celebrity idolisation, where such cult followers see everything right with everything that their “idol” does. Researches indicate that it is as a matter of fact ingrained in our DNAs to “worship” certain people, sometimes for no reason, a condition psychologists term Celebrity Worship Syndrome. Experts say a number of such persons even begin to believe they have some special connection to the celebrity, that others need not have.

People with the syndrome tend to make the object of their worship, the central figure in their lives. They invariably eat, sleep and live the celebrity. I am tempted to believe in the findings of a research that says that feverish fans are likelier to suffer from anxiety, depression, and social dysfunction. And I see a lot of such persons all over. Sadly, they think they are fighting for a cause, for what reward no one knows. Such persons become self-acclaimed vigilantes on social media and the other media spaces, scavenging for who has touched their Anointed One.

Such persons troll and pelt their victims, brand them and declare them persona no grata, all in the name of defending their hero. Where lies rational thinking? For me, it is becoming nothing but a mental health issue where people cannot just stand divergent views.

This phenomenon has contributed to a much polarised arts industry, where the words “hatred” and “sabotage” have become street anthems. Artistes and their followers are forever suspicious of any other; so also are their PR agents suspicious of themselves, leaving true fans confused to make a judgement on any piece of art, or an issue of industry relevance.

Celebrity worship isn’t bad all way through. According to   New York psychologist Abby Aronowitz, “If you idolise someone for their accomplishments, and those accomplishments spurn you on to make gains in your own life, then admiring a celebrity can have a positive influence on your ambition, or even your mental health.”

Our ability to enjoy what a celebrity brings to our life, without their becoming our life, is important to being a healthy fan.

It won’t be a wrong wish at all that we all remained rational, and that in all our getting, we get understanding, for that is sure recipe for good mental health. A lot of us really need help. Yes we do!

The writer, Mic Yamoah, is a journalism lecturer at Academic City College, an arts critic and the secretary for the Arts and Tourism Writers Association of Ghana (ATWAG). 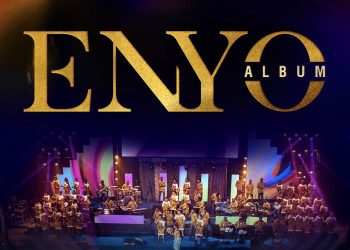