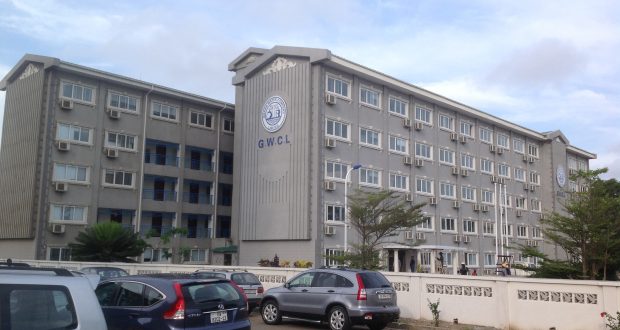 Some angry workers of the Ghana Water Company Limited (GWCL) have disclosed that the cost of producing water through its desalination project is having a toll on the company.

They have cautioned that if the government, through the board and management, does not intervene to abrogate the contract, the company may soon be brought to its knees, where it may not be able to raise enough funds from its various operations to support its services countrywide.

The angry workers have, therefore, called on the government to be bold enough to abrogate the desalination contract to save the company from imminent collapse.

They said GWCL makes payments of GH₵8 million a month to the financiers of the project, although it makes only GH₵2 million by supplying treated water from the plant.

The plant, they said, has the capacity to desalinate 13 million gallons of seawater a day, explaining that the focus of the project was misplaced, in that given the high cost of treatment, the best option was to have supplied the treated water to the Tema Industrial enclave to enable the companies in the enclave to pay commercial rates to offset the cost of production, instead of selling the water to the people of Teshie and its environs, thus causing the company huge deficits in recovery of what amount has been pumped into its operations in respect of the desalination project.

In 2011, the Government of Ghana awarded a contract to Befesa Desalination Development Ghana for the establishment of the sea water treatment plant to produce clean water, which will be channelled into the pipelines of GWCL.

Messrs Befesa Limited, an engineering firm, was contracted by the government to build the desalination plant, operate to defray its cost, and hand over to the GWCL after 25 years.

The project was executed by Abengoa, a Spanish company, and Sojitz Corporation, Japan’s largest importer of rare earth metals.

The two hold 94% equity in the project. The plant was designed, constructed and is being operated by Befesa Desalination Developments Ghana, a joint venture of Abengoa Water Investments Ghana, Daye Water Investment (Ghana), and their local partner, Hydrocol.

The total cost of the project is known to be $126 million. The project is a Build, Operate, Own and Transfer project spanning a period of 25 years, with a revenue forecast of about $1.3 billion over 25 year period.

This public-private partnership arrangement will see Abengoa operate the plant for 25 years, and then transfer its management to GWCL.

But credible information available at the head office of GWCL indicates that the company faces imminent collapse if the government does not move in swiftly to save the situation by abrogating the contract and bringing the operations of the company to a halt.

It will be recalled that the Ghana Water Company Limited (GWCL) last year shut down the Accra Desalination Plant, which supplies water to residents within Teshie, Nungua and surrounding communities.

The shutdown, which took effect on January 1, 2018, was to allow the water company to resolve pending challenges it had with the management of the desalination plant.

In a statement signed by the Head of Communications, Stanley Martey, the Water company said it had made alternative arrangements for water to be supplied to communities who may be affected by the shutdown.

“…From the 1st of January, 2018, Teshie, Nungua and surrounding communities served by the Desal Plant will be served on Wednesdays and on weekends (Friday to Sundays) from alternative sources,” the statement said.

The company insisted that the private firm contracted to operate the plant was raking in more profit at a time the water company itself was incurring losses.

The Public Utility Workers’ Union, as a result of the brouhaha, called on the government to take a second look at the contract signed with Messrs Befesa to build and operate the desalination plant in Teshie.

Per the details of the contract put out by the union, GWCL was required to pay the capacity charge of US$1.4 million per month to Messrs Befesa, which charge was payable whether the plant was working or not.

Again, GWCL was obliged to pay the electricity bills of the desalination plant, which stood at an average of GH¢3 million per month (for the year 2017).

The union insisted that these payments were having a toll on the water company, and called on the government to renegotiate the contract.

It was as a result of these challenges that the water company has to shut down the plant.

“In recent times, the GWCL has encountered some challenges with the management of the plant. As a result, water flow to the service area has been erratic. Management is taking the right steps in resolving the issues and will request of customers and the general public to bear with the company in these times,” the statement said.