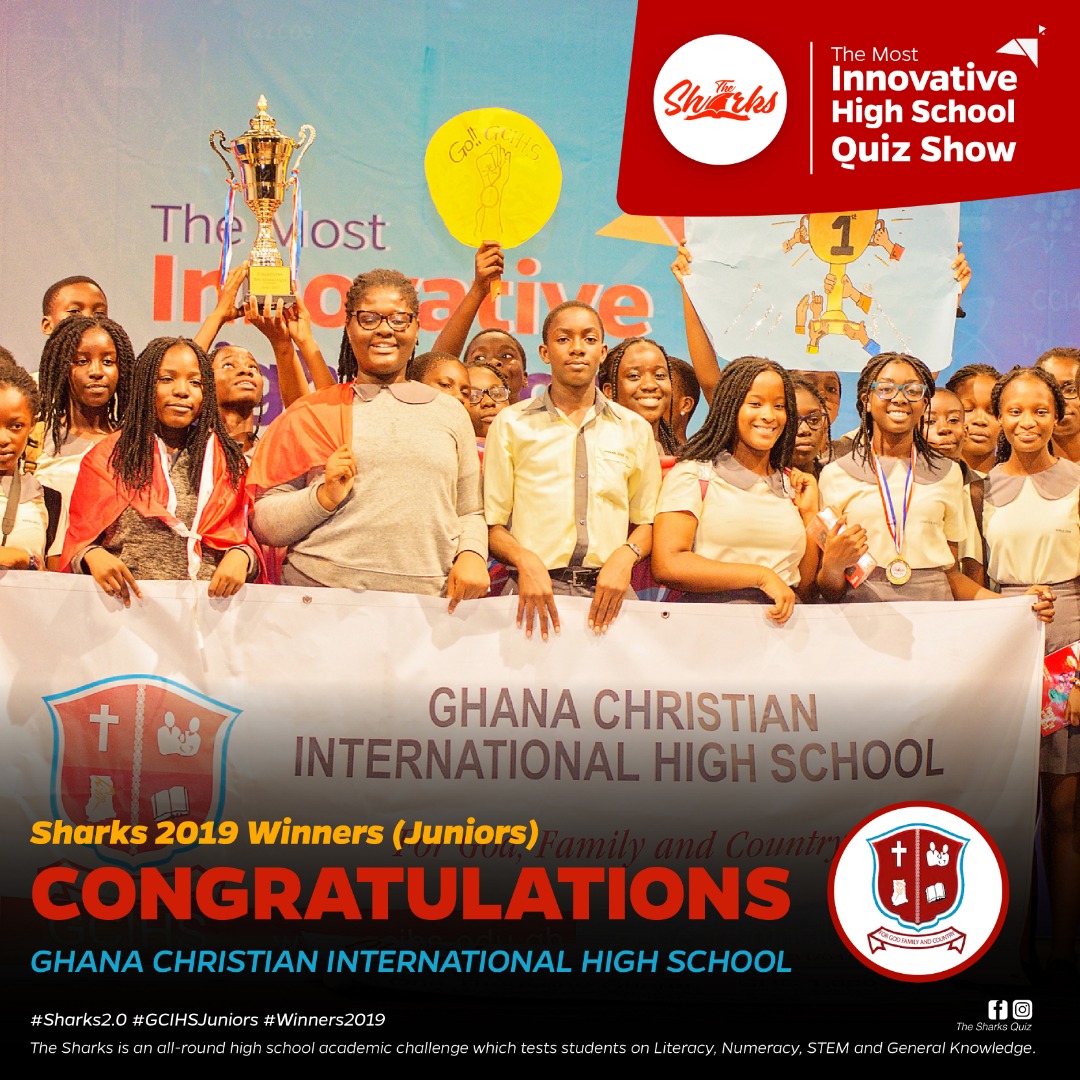 The keenly-contested final saw the two teams showcase their brainpower against each other and sometimes against the host, Patrick Kwabena Stephenson.

Till the final question was asked, no one was sure which school had won. Eventually, it ended 160 to 155 points in Christian High’s favour. Christian High earned a cash prize, a fully-paid trip to the beautiful Zain Lodge, laptops and tablets, as well as science and multimedia sets for the school laboratory.

Contestants from both schools also will represent Ghana at the International Junior Science Olympiad in Doha, Qatar later this year.

Speaking at the final of the competition, the Chair of The Sharks Board, Emerita Professor Elizabeth Ardayfio–Schandorf congratulated all the schools for participating in the competition. She gave special commendation to the heads of the various schools and teachers for supporting such a worthy cause of promoting core competencies among students.

Some students were presented with individual honours. Elmer Ameyitor and Kofi Anyimadu from Christian High were named Best in STEM and General Knowledge respectively while  Jeet Thankwani and Adam Koray Seidu from DPS International won awards for the Best in Math and English.

The award for the Overall Best Student went to Louise Fenny for Ghana Christian International High.

The program is produced by Africa Schools Online in partnership with TV3.