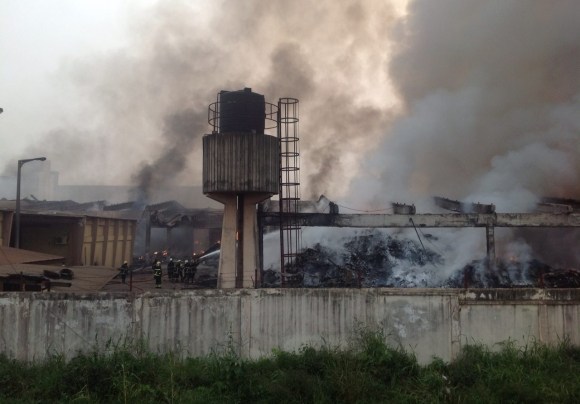 The Global Fund has forgiven Ghana after its $27 million worth of medical supplies it gave Ghana was lost in the central medical stores fire in 2015.

The Central Medical Stores at Tema containing every conceivable drug imported into the country before onward distribution to the various regions was razed by fire on January 13, 2015.

Ghana’s stock of medical supplies that was lost after the fire was estimated at GHc237 million.

Speaking at the Meet the Press Series in Accra on Thursday, the Minister of Health, Kwaku Agyemang Manu said the Global Fund – one of Ghana’s medical donors had pardoned the country after it was discovered that health commodities worth $27 million belonging to them were affected.

Per the agreement, Ghana had to refund the amount but the Minister said the donors knowing very well that Ghana does not have the financial strength to pay back the money had decided to let it go.

This means Ghana will no longer have to bear the consequences but would have to adopt some major reforms to forestall such occurrence in the future.

“After the Central Medical Stores disaster, we did an audit and realised that some of our donors had commodities in there. Global Fund has become a major stakeholder in support of our fight against Malaria, HIV/AIDS and Tuberculosis. They alone lost close to US$27 million in commodities that got burnt. By the rules, US$27 million should have been recovered from our country.  Looking at the realities, they indicated that there was no way Ghana could pay US$ 27 million. So the ministry agreed with them to improve on our supply chain,” the Health Minister said.

“A master plan was developed that was turned into an agreement between Ghana, the Ministry of Health and the Global Fund. In there we identified four milestones. They said if we could develop and implement those areas…they will give us reliefs of those monies and also forgive us of the amount.”

The Health Minister said Ghana has been able to make progress on the implementation of the agreement.

“I am proud to announce that we have virtually completed implementing the entire milestones as we met the ministry in 2017.  Logistics Management Information Systems is completed close to 95 percent. We are closely getting close to this deployment into our central medical stores across the region,” he added.

A report released after the fire attributed the incident to arson.

Four years after the fire, no individual has been arrested or sanctioned, a situation that the United Kingdom Parliament had expressed worry over.