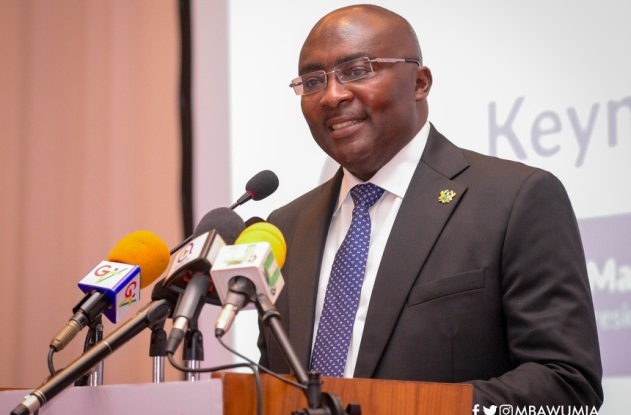 The government has announced that the digitization of all transactions in the public sector will be done by June 2020.

This means cash will no longer be accepted for service delivery in the public sector by June next year.

According to Vice President, Dr. Muhammudu Bawumia who announced this at a forum organized by Ishmael Yamson and Associates, a pilot exercise has already been completed in the Tourism Ministry ahead of the implementation.

He says the move is to block financial leakage in the public service.

“So if you want a service, you would have to go to one portal so that you can do everything online.”

He expressed optimism the exercise will increase domestic revenue.

“When you do that you are eliminating a lot of middle men, of course goro boys,” he said.

The Vice President while giving the indication a week earlier stressed that the introduction of the cashless payment system was to reduce corruption, minimise human interaction and ensure efficiency in all government services.

The Vice-President said the government would leverage all the old post offices across the districts to serve as Internet resource centres to provide the service.

“Since coming into office, the government has been guided by the understanding and conviction that technology is critical to transforming the Ghanaian economy and society as a whole.

We view technology as a problem-solving tool; it allows us to break from the impossibility mindset,” he said.

“With technology, so many things which we thought were not possible become possible and we have to take advantage of it,” he added.

Dr Bawamia mentioned, among others, the E-justice system, the paperless port system, the drone delivery of medical supplies and the national identification card as some of the benefits of the use of technology.

‘We accept Dede Ayew as our captain’ – Christian Atsu

'We accept Dede Ayew as our captain' - Christian Atsu