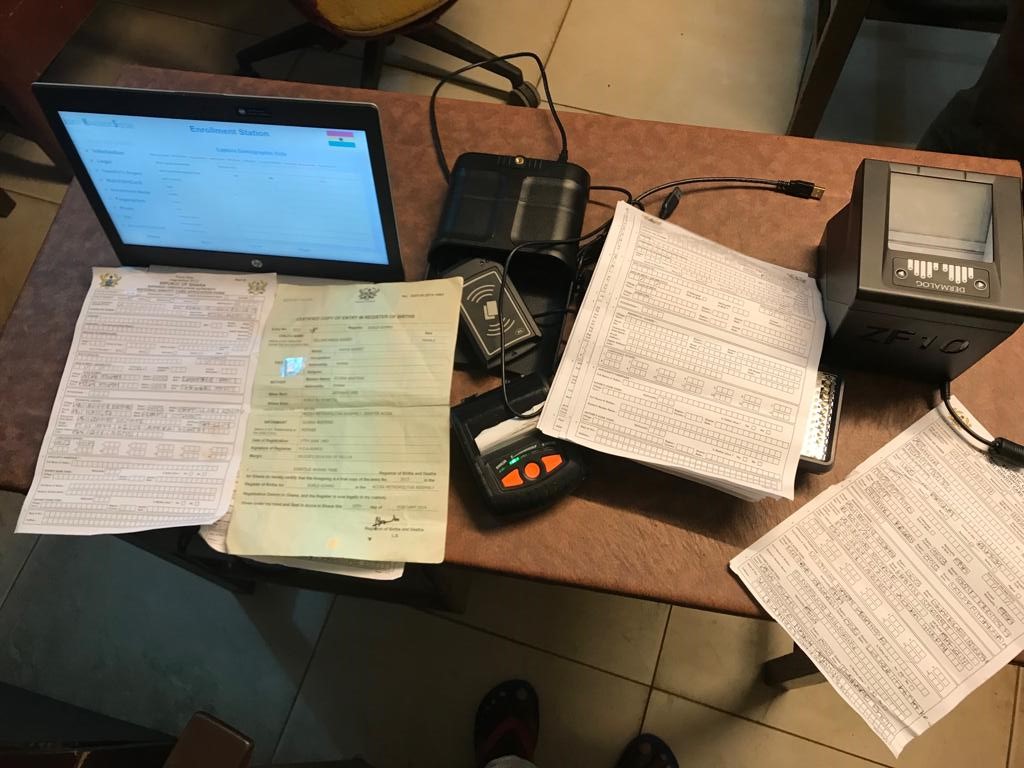 The Centre for Socioeconomic Studies (CSS) has petitioned the Commission on Human Rights and Administrative Justice (CHRAJ) over supposed anomalies in the ongoing national identification card registration exercise being spearheaded by the National Identification Authority.

CSS believes a lot of Ghanaians seeking to receive their cards are being frustrated by processes adopted by the NIA leading to unnecessary long queues at registration centres.

CSS also believes that NIA is not complying with a High Court ruling on the specific particulars needed for the Ghana card registration.

According to CSS although the High Court classified particulars needed for the exercise in section 4 of the law governing the registration, as “mandatory with no exclusion to the information required” the group insists that “the NIA has used its own whims as regards the personal information listed under Section 4 of Act 750 in dealing with registrants.”

“This conduct by the NIA raises serious public concerns and has resulted in public confusion and frustration over which particulars are expected of citizens who wish to be registered for the Ghana Card. By this conduct, the CSS strongly believes that the NIA has failed to structure its services in accordance with law.”

CSS is among other things asking CHRAJ to “investigate whether the NIA has complied or is complying with the decision of the Human Rights High Court, cause the NIA to comply with the Court decision and do or cause to be done any other thing that will ensure that the services, processes and procedures of the NIA are structured in a balanced manner.”

A leading member of CSS, Albert Wotorgbui in an interview with citinewsroom.com said they petitioned CHRAJ because several attempts to engage NIA had proved futile.

“We sent them a request, we’ve followed up on several occasions but they’ve refused to even engage us. So the most logical step to take is to go to CHRAJ to at least compel them [NIA] to do the right the thing.”

“When the registration started, the law, and as interpreted by the court, section 4 of Act 750, the judge said everything over there is mandatory. Now when you look at the notices put out by the NIA, they said they have their own classification as to what they will request from who. So they classified some as primary and others as mandatory. Meanwhile, the law said all the things in that section [4] is mandatory,” he said.

The NIA began the mass registration exercise on April 29 following the completion of the pilot phase.

The registration in the Greater Accra Region is expected to end on July 6.

Below is the full statement from CSS: 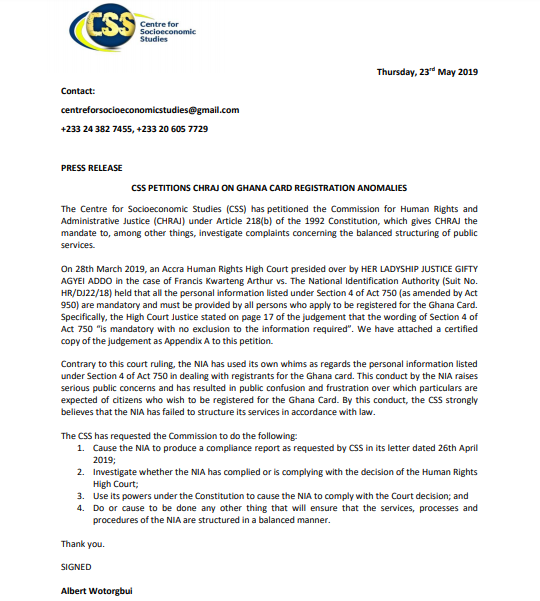