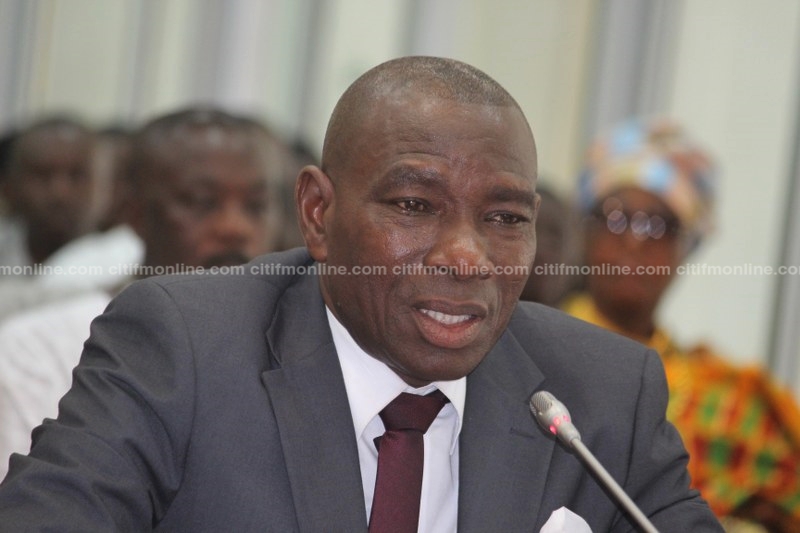 The Eastern Regional Minister, Eric Kwakye Darfuor has charged security personnel deployed to Lower Manya Krobo Municipality to arrest members of a group known as the United Krobo Foundation accused of fueling the conflict between residents and the Power Distribution Services (PDS) over the payment of electricity bills.

The clash between residents and police officers trying to secure PDS assets in the past few days has led to the death of one person allegedly hit by a stray bullet, while several others including a police officer have been injured.

Mr. Darfuor said the group must face the law.

“People in Krobo…if you feel you cannot pay for electricity bill cut it off. It is optional. The only thing that is universally free is free SHS not electricity bill. Fuel has never been free. Whether it is firewood or charcoal or solar. It is never free. Some people call themselves United Krobo Foundation – a complete illegality and they collect fees, amass wealth and use the fees to disturb the peace in the Krobo land. I am charging the security agencies to round them up. They should be rounded up so they face the law.”

The Police have arrested 35 people following four days of unrest in the Municipality over the disconnection exercise being carried out by PDS.

Currently, 100 police personnel drawn from the National Formed Police Unit in Accra, Rapid Deployment Force and the Counter Terrorism Unit together with men from the Eastern Regional Command are carrying out patrols in the Lower Manya Krobo Municipality.

The person who was hit by a stray bullet died during an attack on a police team providing protection at the Municipal Assembly Office on Wednesday afternoon.

Police, in turn, fired warning shots to disperse the crowd.

A police officer with the Eastern Regional Police command lost one of his right toes following the clash.

DSP Ebenezer Tetteh, the Eastern Regional Police Public Relations Officer in an interview with Citi News indicated that the police will enforce all necessary measures for law and order to prevail.

He, however, indicated that a curfew may be considered as the attacks still persist.

“When it gets to the point where curfew should be imposed, that is going to be done but it is the sole decision that will be taken by the Regional Security Council.”

“For now, I don’t think we have gotten to that road yet but when we get to the bridge, we are going to cross it,” DSP Tetteh said.

He condemned the actions of the angry residents and urged them to see reason.

“Their action is bringing untold hardship to road users. Some of the things they are doing is creating anxiety among persons who are using this particular stretch to other places to Odumase so we will ensure that they don’t take the law into their own hands.”

Disconnect your power if you can't pay bills - Minister to residents

Disconnect your power if you can't pay bills - Minister to residents