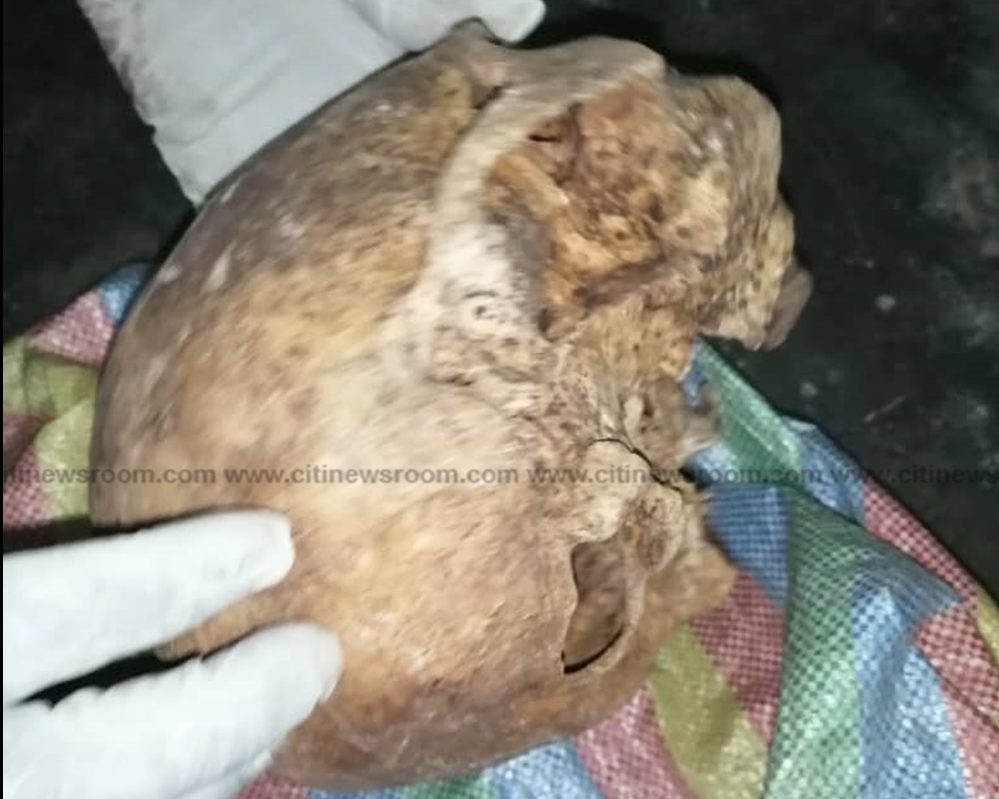 Two persons are in the custody of the Offinso Police in the Ashanti Region  for possessing a human skull.

One other person is however on the run.

The two arrested suspects who are being interrogated by the police are Nana Yaw Sarfo (24), from Makosa and Osei Amponsah Kinsman (18) from Benzema.

Confirming the arrest to Citi News, the Offinso District Crime Officer, Supt. Ben Wonchie said the police gathered intelligence that three persons were in possession of some human body parts at Offinso-Kokote which led to the arrest of two members of the group.

Police sources say the three, were ready to offer the human skull for sale to a prospective buyer. 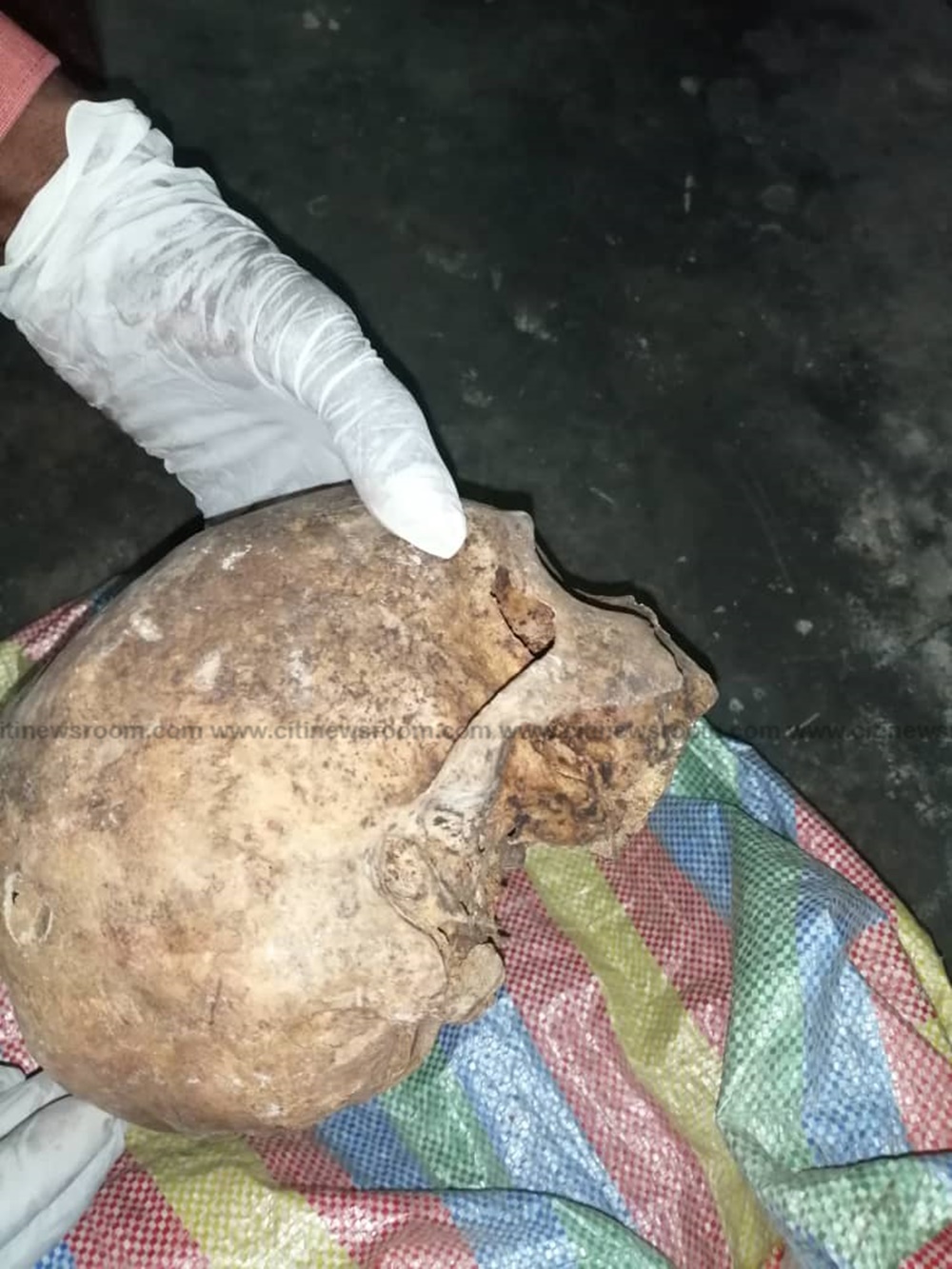 A team of detectives from Offinso then proceeded to a drinking spot on Wednesday, May 29, 2019.

While having the human skull in their possession, the suspects dried it and concealed it in a small fertilizer bag wrapped with black polythene.

The police say the suspects during interrogation admitted possessing the human skull and mentioned that the suspect on the run, Nana Kwame allegedly brought it from an unknown source and sought their assistance to get him a buyer.

The Offinso Police crime officer said they suspect that the human skull was retrieved from the cemetery. 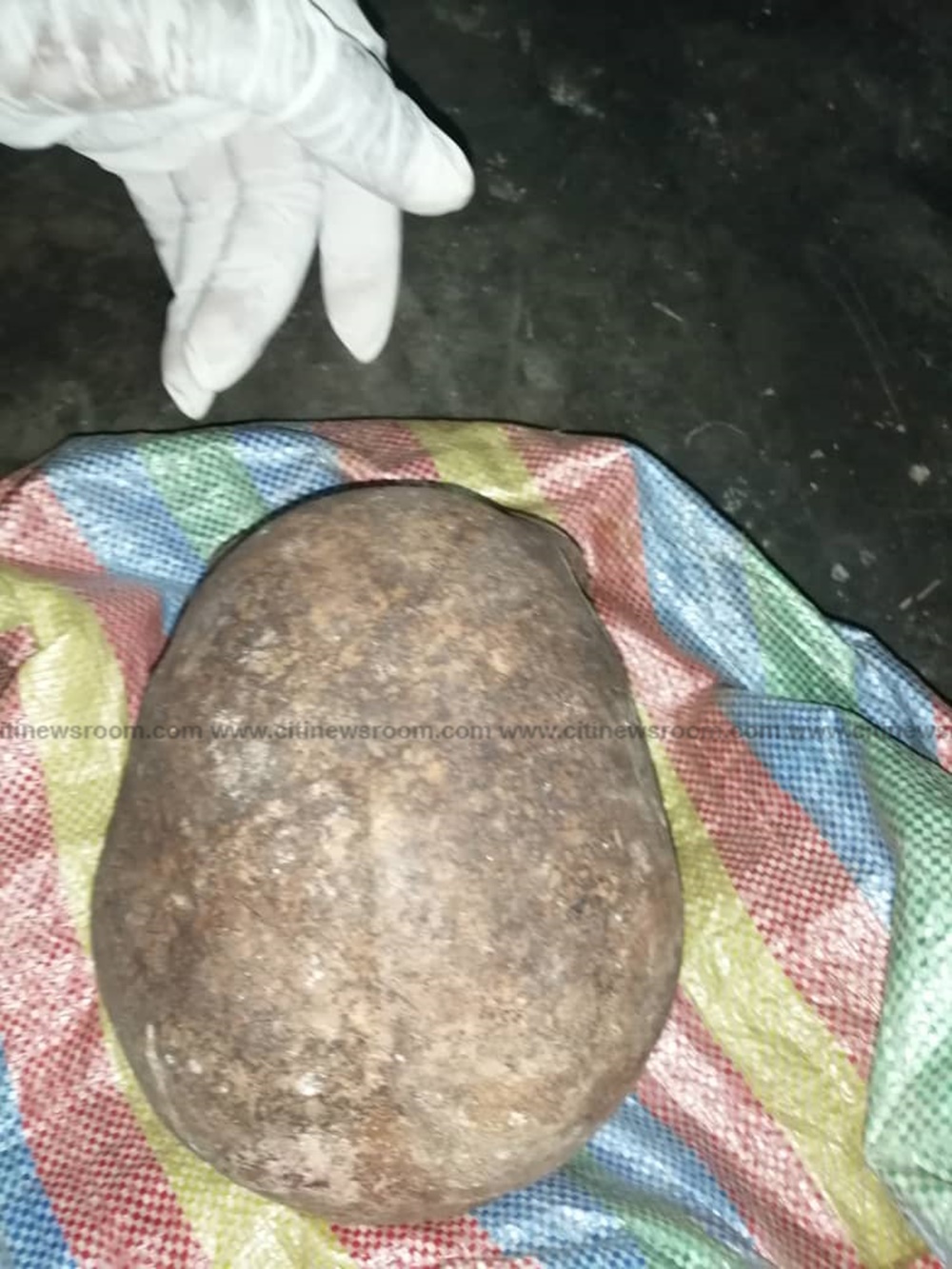 Dam contractors who do shoddy jobs shouldn’t be paid – Bawumia