Organizing Africa’s economy: How to Double the GDP of Africa in Five Years [Article] 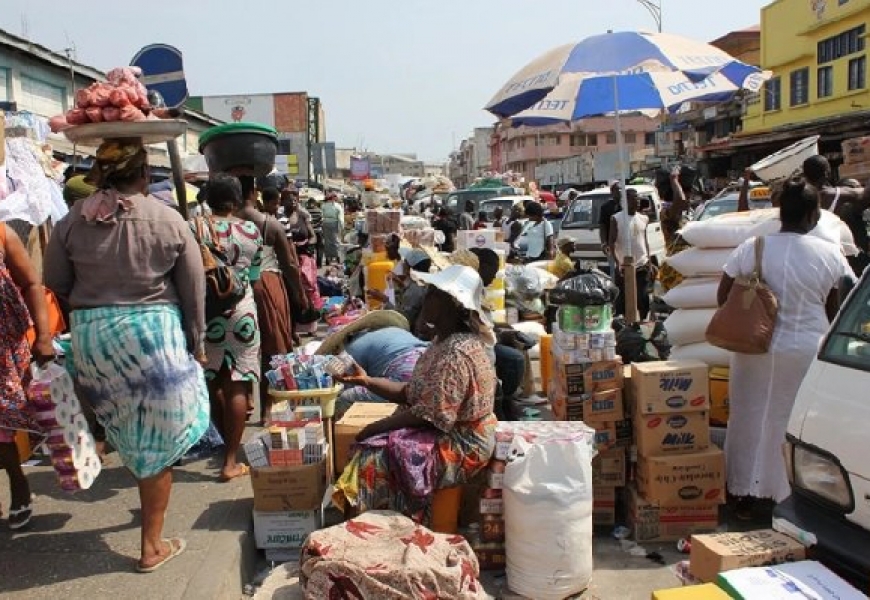 There is the story of an old drunk who was seen searching for his keys under a street light. ‘Did you drop them here?’ he was asked. ‘No, I dropped them in the park, but the light is better here’.

Africa’s economy has been described as having the greatest potential for growth in the world for the past decade. However, like the old drunk it has focused on the same economic solutions handed over to its leaders through what is largely known as the ‘Washington Consensus’ as it seeks to spur that growth.

Ghana and other African countries have come to believe that a regime of inflation targeting, monetary and fiscal consolidation, open trade and foreign investment or credit will be sufficient to bring about the aforementioned prosperity. The light is better there and nobody can really blame a government that delivers single digit inflation even when there is growing inequalities and jobless growth.

I will, however, argue that the problem for African economies lie elsewhere, a bit of a darker, murkier place. It lies in the fact that the economy of Africa is unorganized. Note, that I am not talking about it being informal. The formal sector of Africa’s economy is as unorganized as its informal sector and its shows in the low numbers it employs and the lack of significant linkages between the formal sector and wannabe entrepreneurs.

There are four main areas in which the disorganization of the African economy shows itself up.

The first is Stunted Entrepreneurship. Africa has very few structures to support wannabe entrepreneurs or enterprises that are focused on high growth and globally scalable solutions. We are content to support Foreign Companies, ‘Business Men’, Importers and the odd Agriculture Aggregator but there is a dearth of world beating entrepreneurial solutions being given a breath of life.

This makes Africa noncompetitive in the face of globalization, which means I am more likely to use the services of a company in the US than I am a Ghanaian company a few doors away. The lack of global champions also present a challenge of internal economic organisation as we tend to organise around external centers in terms of every aspect of our lives. This leaves our governments weak to implement any major economic policy as they cannot effectively use a Google, Wal-Mart, Monsanto to implement, for example, a small tech, retail or agriculture strategy.

This means that despite any government’s best efforts, they don’t have any local companies in any industry that they can effectively anchor a real growth and transformation strategy. The US, China, EU and even India and Brazil have cultivated these corporate behemoths that are the nexus of government strategy in any industry.

The second major source of an unorganized economy is Unemployment & Under-employment. Africa has a large and seemingly intractable youth unemployment and underemployment problem. It is such a problem that we don’t know the size of the problem. Nobody even bothers to measure it. Yet it means that most people are putting in nothing or very little into the economy.

In fact, in many instances in Africa, the hard work of young men and women is in pursuit of stuff that contribute zilch to the economy or themselves. To worsen the case, we have created an educational system that eschews work and so our most energetic youth remain unemployed and unproductive well into their adult years. Finally when they get into formal work, they are not fit for purpose, having being either insulated from work or exploited doing menial jobs. We exacerbate the issues even more by having a Labour regime that favours life-time, unproductive work with assured remuneration; meaning companies will only employ the barest minimum they need to survive.

All these mean is that most Africans are not contributing their share to the economy and it is not even their fault.

The third problem is the Under-Serviced Corporate Sector. Corporate organisations in Africa, whether foreign or locally owned, tend to internalize most of their functions. This has stifled SME development, youth innovation and employment. In the best economies, SMEs organise around companies and most exist to serve one or a couple of major businesses.

This also encourages youth innovation as young entrepreneurs are more likely to succeed if at a very early stage they are able to secure the contracts of a major company for the service or product they provide. Major companies therefore see themselves as ecosystems with a myriad of supported businesses in their trail.

There are very few African companies that have such partnership relationships rather than the typically clientele and exploitative structures run by the consumer goods organisations. This problem is particularly an incredibly difficult one since it affects every other problem of disorganization of an economy.

Finally, the consequences of all the above issues is the fourth problem; a Large Informal Economy. The heart of the problem, I will argue, is not even the informality of 70% of our economy, but it is much more the lack of inclusion of the informal sector in the economic policy prescriptions mainly because of a lack of data on the sector.

We make policy interventions in the formal economy and then hope and pray that it has an effect on the 70% left unattended. In Ghana, for example, all the economic related government ministries are focused on major companies in the hope that their activities will somehow benefit the typical shop owner.

We are therefore seeking to perform an economic miracle; transform an economy by focusing on (and knowing about) just above a quarter of it. We are basically taking a swing at it, blindly.

The problems are evident and I will argue, so are the solutions. I will argue further that the solutions do not even have to be government led at all, even if there is a need for government support. The solutions are in the hands of enterprises who must approach business from a holistic perspective – to help organise Africa’s economy.

First, we will need large and small business incubators that are focused on high growth, scalable startups. Investors into these startups must be willing to take huge bets and with very long terms objectives. Our best and brightest must become entrepreneurs – not even doctors or lecturers – entrepreneurs!

Secondly, we must build platforms that provide mass employment for young people, especially students. This means providing jobs that are flexible, virtual and remunerated based on productivity.

Thirdly, corporate organisations need to build an ecosystem of SMEs who they support to provide their inputs and also deliver their services and products.

If we do these and build world class youth entrepreneurship, provide jobs for anybody willing and able to work, build corporate ecosystems and provide inclusive platforms for the informal sector; we will then have a well organized African economy with the potential to reach its 4 trillion dollar target in half a decade.