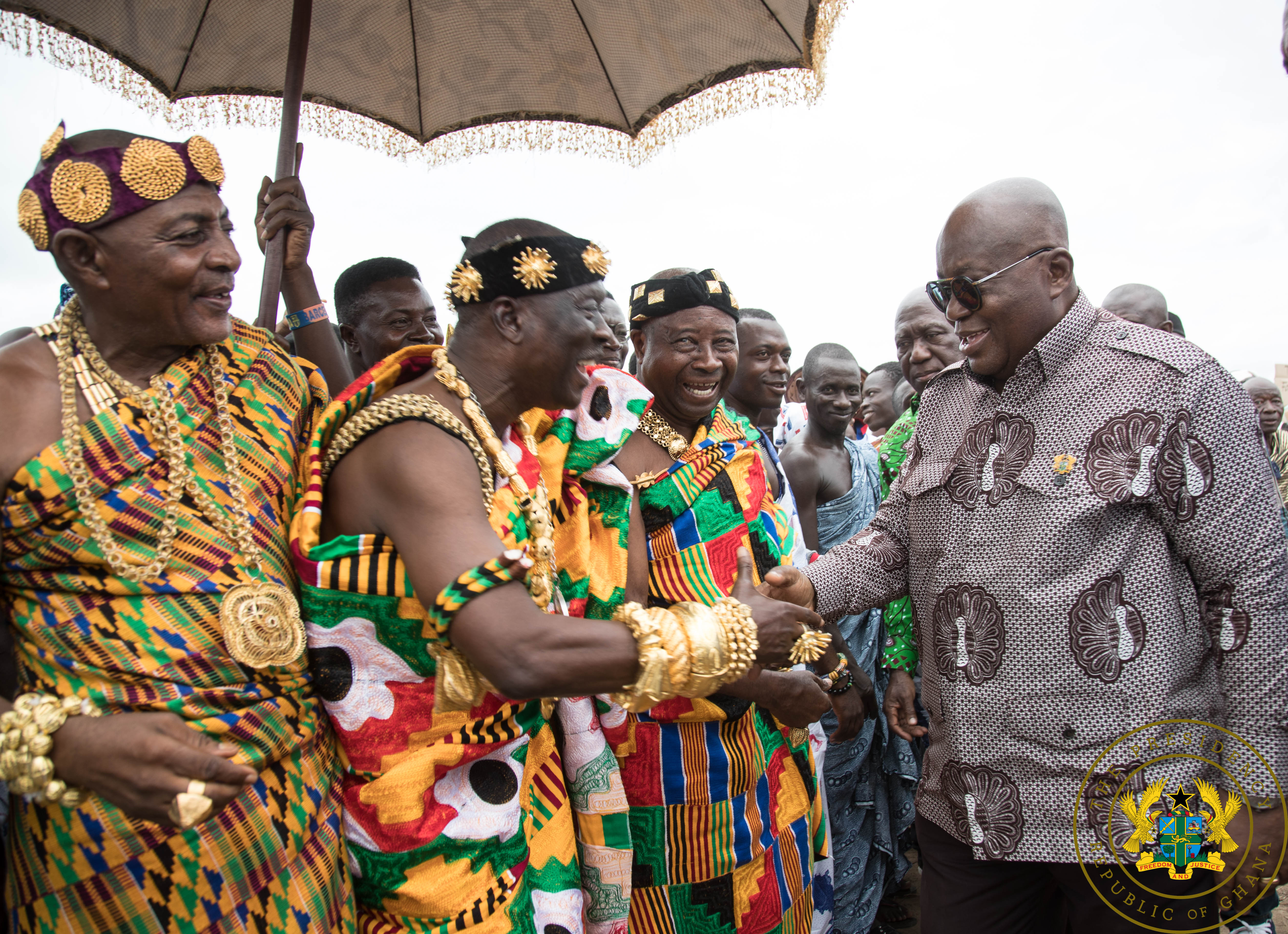 The Paramount Chief of the Krachi Traditional Area, Nana Mprah Besemuna III has praised the President Nana Addo Dankwa Akufo-Addo for fulfilling his 2016 campaign promise and facilitating the creation of the Oti Region.

According to the Krachi Paramount Chief, “we are most grateful to you, and assure you that your name will be engraved in letters of gold in the annals of the Oti Region.”

He continued, “As at now, we can only use our mouths to say thank you. Ayekoo, but God Almighty who rewards hard work, we are sure, will reward you at the appropriate time for your hard work in Oti Region. We shall never forget you.”

Nana Mprah Besemuna III made this known at a durbar held in honour of President Akufo-Addo at Dambai, capital of Oti Region, on day two of the President’s working visit to the newly created region. 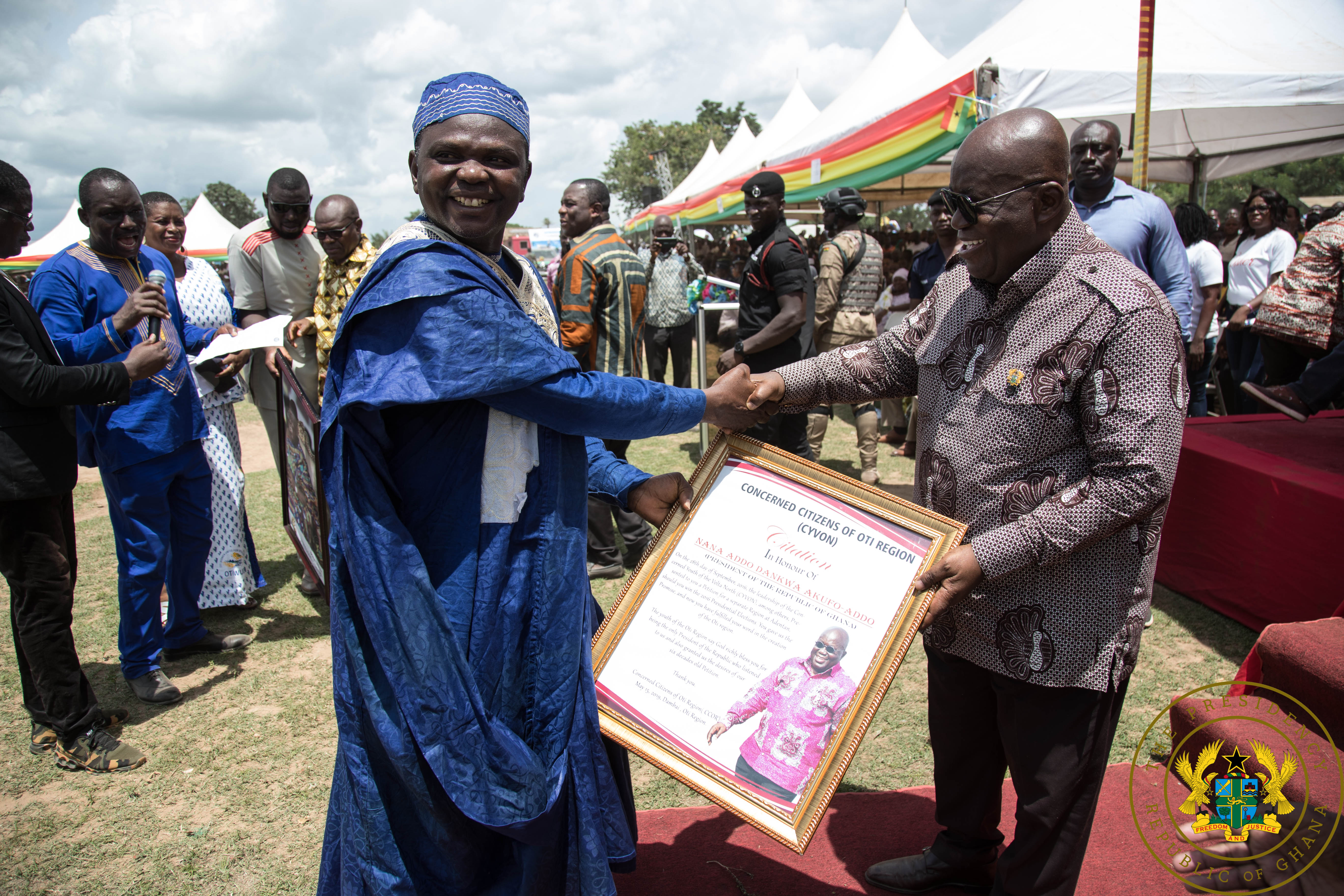 Describing the journey for the creation of the region as a “long and tortuous” one, the Krachiwura noted that “God works through his chosen men and women as vessels of positive change.”

“In His own appointed time, Nana Mprah Besemuna III added that “he chose Your Excellency, Nana Addo Dankwa Akufo-Addo, to effect the positive change for the people of the Oti Region and bring them to the promised land.”

He stated further that “every sincere indigene of Oti Region, regardless of political affiliation, believes and knows that, but for your exceptional courage and tenacity of purpose from the many intimidating factors that gathered during the struggle, the creation of our region would not have been realized.” 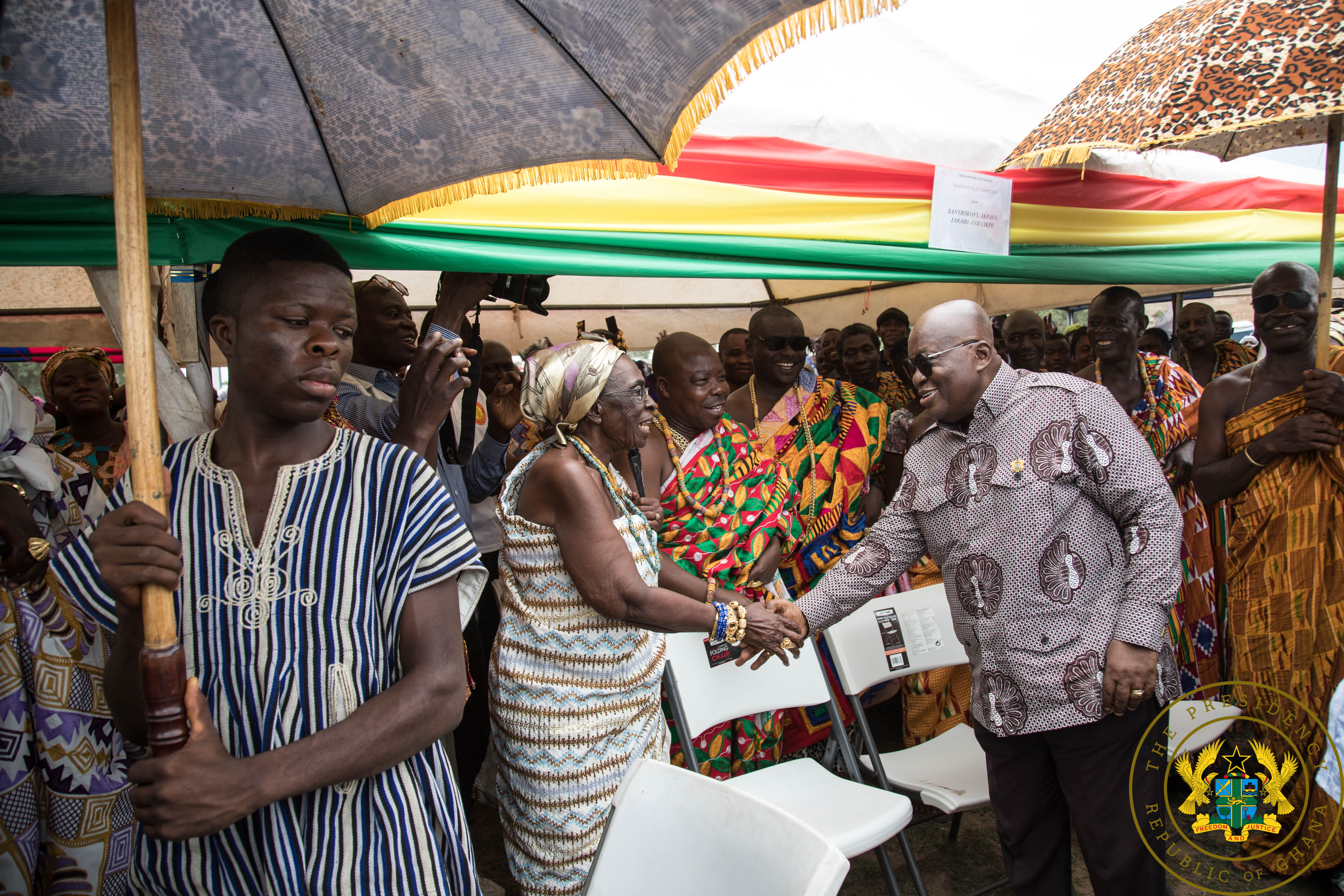 He was hopeful that the creation of the Oti Region will deepen the decentralization of governance and boost development.

“We are confident that having kept your promises in the past, Your Excellency will ensure that the governance development policy for the new 6 regions, and for that matter, Oti Region, to spread development, as well as siting the heads of departments and agencies across the entire region to ensure equity, will be carried out to the letter,” he added.

The Krachi Wura noted that, as major stakeholders, “Nananom and JCC members will continue to play a very active and meaningful role in the development of the Oti Region.”