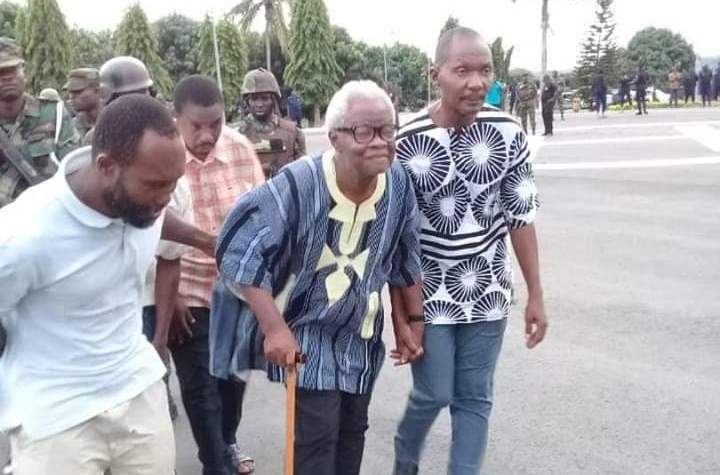 The Homeland Study group foundation is demanding the immediate release of their leaders who were arrested two days ago for attempting to declare Western Togoland an independent state on May 9, 2019.

The group, according to the Police, has created a constitution and an anthem for independence.

The group is reportedly also training some youth in “militia-style” to form the core of police and military activities in the supposed new country, a claim they have debunked.

Secretary of the group, George Nyakpo told Citi News, they will still observe May 9 as a day to remember those who lost their lives in the struggle for independence.

“We the members of Homeland group foundation and the entire population of Western Togoland wish to alert all at the corridors of peace to quickly advise Ghana to as a matter of urgency release our leader and all who were picked to avert any catastrophe.”

The seven other leading members of the Volta Separatist movement also known as the Homeland Study Group Foundation (HSGF) were arrested on Sunday evening.

They were flown from the Volta Regional capital, Ho, by the National Security, to Accra.

The group claims that the Volta Region (Western Togoland) was an independent state before it joined Ghana after a plebiscite.

They thus want the area which runs from the South of the Volta Region northwards into the Northern Region to be declared as an independent state.

Meanwhile, some members of the group have said that the arrest will not deter them from their resolve to fight for an independent state.

They’ve been arrested before

The leadership of the Homeland Study Group foundation were arrested for a similar reason in 2017.