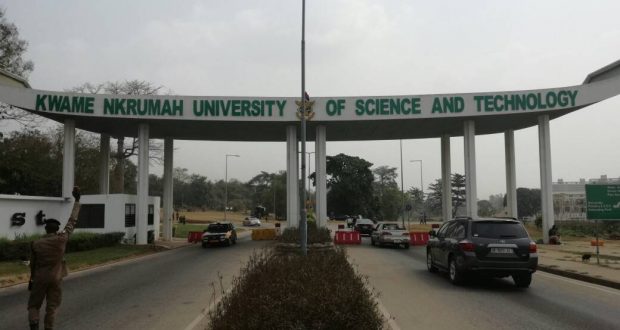 Authorities of the Kwame Nkrumah University of Science and Technology, KNUST say they are considering banning gambling on campus.

[contextly_sidebar id=”nNl11ZhNEpmsAnQ7vzbpWospBNtf948u”]He said the decision to consider the ban on gambling, is as a result of information they have picked on the negative effects of such activity on the academic life of students at the school.

“Gambling, as it stands now has not been banned but I can confirm that discussion is ongoing on gambling. Of course, we’ve picked a lot of information on how detrimental gambling has become on academic life and the university as a whole. So, it has been tabled for discussion but a decision has not been reached,” he said.

James Oberko, however, noted that access to various betting websites on the school’s wifi system have already been blocked.

Meanwhile, some students have been expressing mixed reactions on the possibility of gambling being banned on the University Campus.

“We the students feel we are about 18 years and we know the betting companies are well regulated. So if you are above 18 years, you should be allowed to bet. It lies in the comfort of who wants to do it because they match the age limit,” a student stated.

“I have never supported it [betting]. I see it as a lottery in disguise. They should just ban it. If the government could even make it nationwide with the president banning it, that will be better,” another student indicated.