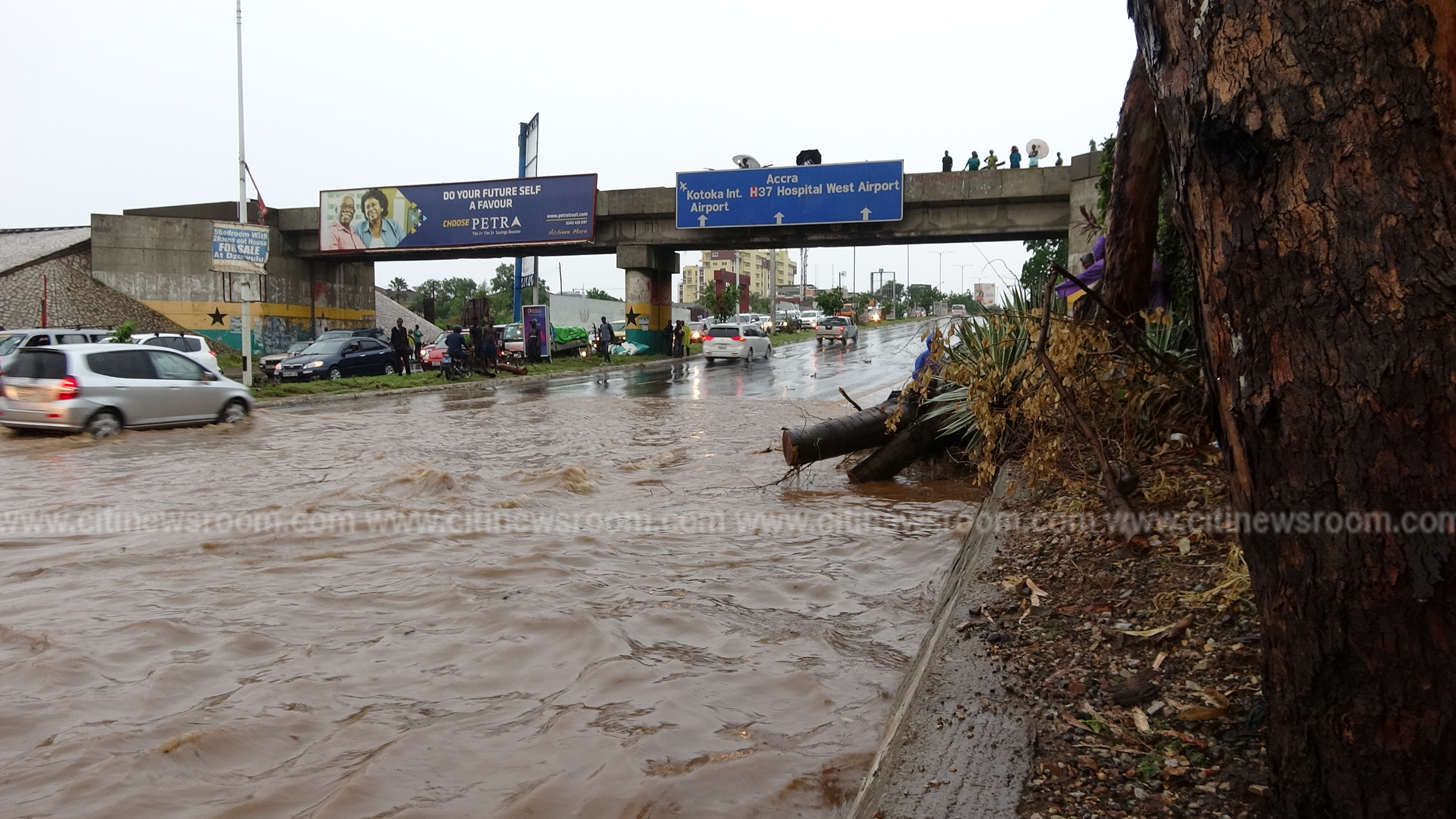 The Ghana Meteorological Agency has announced that a fully-funded project by the World Bank is in the offing to address the engineering shortfalls in Accra’s drainage system which causes perennial floods in the city.

Head of forecasting at the Agency, Joseph Portuphy who made this known on the Point of View on Wednesday indicated that plans are far advanced for the project named Greater Accra Resilient Project (GAR Project) to commence.

He said the project will among other things re-engineer by expanding all major drains in the capital.

According to Mr. Portuphy, Accra will not in the next four years be inundated with floodwaters during the rainy season should the project be rolled out with all the other stakeholders to the latter without hitches.

[contextly_sidebar id=”erPCLtafg5IT3qDRv1sJ31WCBCEU2QqR”]”There is a project that the World Bank is funding. It is called the Greater Accra Resilient Project. It has a lot of component in it. We are going to re-engineer all the drainage systems in Accra. We are also going to have storm drains which will hold water for some time before releasing it into the Odaw. By so doing, it will reduce the overflow of the Odaw. There is also going to be what we call the early warning developing system, so at least we will have detectors to enable us announce to the public when there is going to be a flood so they can seek refuge. It’s a better project that I believe that within four years time, this thing will be of the past if we are able to follow through,” he explained.

He also disclosed that the project which will be implemented in different stages has its first phase of $200 million having to do with an improved drainage system for Accra and its other suburbs.

“NADMO is part of this project as well as the Hydrology Agency and the Metropolitan, Municipal and District Assemblies within Accra. We have a final meeting in Accra on Wednesday where the final tail of the Procurement document will be done. It is a huge project where radars will be procured. It will be done in phases where the first phase is about $200 million. The outcome will give us at least a newly improved drainage system in Accra”, he disclosed.

Heavy rains in the capital, more often than not, result in flooding across Accra, with many attributing the perennial occurrence to the siting of structures on waterways, and blocking of drainage systems, a situation that forces rushing flood waters onto the streets and into homes.

Some affected areas include the Tetteh Quarshie Interchange, Kwame Nkrumah Interchange, Spintex, the Dome Pillar 2 road, the Sahara park in Adabraka, Ablekuma, parts of Teshie, the Obetsebi Lamptey roundabout, parts of Dzorwulu among other places.

This situation has always ignited calls for a redesigning of Accra since the structural problems have over the years largely contributed to the flooding of the city.

On the same show, Communications Director of the National Disaster Management Organization (NADMO), George Ayisi who admitted that structural deficit is partly to blame for their inefficiency to tackle floods in Accra called on government to as a matter of expediency allocate resources as a way of addressing the menace within the short to medium term.

“The Minister for Works and Housing said, we will need about GHC 7 billion to tackle these floods problem. But phase one of the GARI project is about 1 billion. We are saying that if we can even raise 3.5 billion to start and frontally tackle the engineering of the drainage system in Accra, it will able to bring these challenges and problems down. The engineering matters and so we challenge the Institute of Engineers to agree. My suggestion is that government besides this project must commit a certain amount of money every month consistently for the construction of storm drains for the three to five years and see whether we can reduce floodling,” George Ayisi noted.

Water spilt from choked drains unto the roads in some parts of Accra after heavy rains continue to kill people and destroy properties.

To eliminate problems caused by drains, some urban planners have suggested that the county should improve its drainage system.

Regulation of churches a no go area – Sam George warns