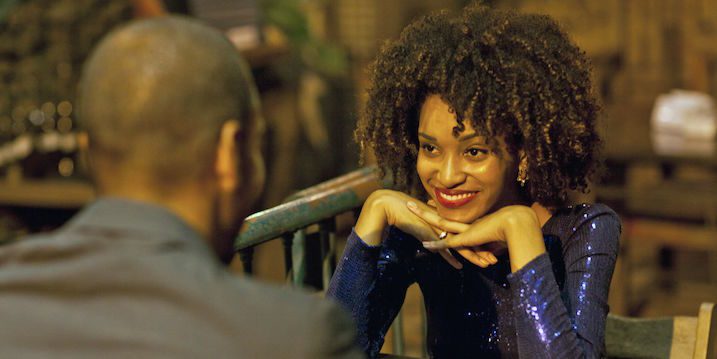 So, you’ve been on a date with a guy and you’re wondering if he’s a keeper. This is cool – it means the date went well. The big question is: Did it go well enough? What are signs he’s a keeper?

You know that you kinda like him at least a little, and he’s made a decent first impression on you. But is there enough about him to suggest that the two of you could hit it off in the long run?

In other words, is he worth more of your time or should the two of you part ways now?

First dates are tricky, and it’s even harder working out how we feel about someone so soon. To help you out, Beauty and Tips takes a look at these…

He Actually Listens To You

Ever spoken to a guy who you just know isn’t listening? He’s nodding, he’s murmuring “hmm” every now and then, but he keeps looking away.

Moreover, the longer you talk, the more agitated he seems to get.

And as soon as you’ve finished speaking, he launches into his own spiel that has literally nothing to do with what you’ve just said!

This is a surefire sign that a dude isn’t listening to anything you say.

On the flip side, if a man asks you questions based on what you’ve been saying, it’s a massive indicator that he’s been attentive. He cares for what you have to say and wants to know more.

This is key because partners need to engage in active listening for any relationship to work.

When a guy is positive it’s one of the clear signs he’s a keeper. Remember that date you had with The World’s Biggest Pessimist?

Sure, you do! We’ve all been there. Nothing has ever gone right for him, and nothing ever will.

“You just need to find something you love to do,” you say to energise and motivate him.

Negativity breeds negativity. If a dude can’t even bring himself to be positive on a frigging FIRST DATE, imagine what he’ll be like throughout a relationship!

On the other hand, if a man brings lots of positive energy to the date and actually makes you feel good about the world all of a sudden, it’s a huge sign that he’s someone you’ll want to spend lots of time around.

He Makes You Laugh

This is another one of good signs he’s a keeper; this one is so obvious, right? If a man can make you laugh with ease on a first date – an occasion when two total strangers have to somehow try and gel – he’s definitely a keeper.

Making someone laugh isn’t easy, and it’s hard to find a man who can do this. If you can sense that this guy is literally someone who’s going to make you laugh your butt off, he’s well worth pursuing.

Of course, it helps if he’s hot, too!

it’s Clear That He Made an Effort To Look Good

It’s always the absolute worst when a guy turns up to a date dressed in rags. Like, what is this, a date? Or is he taking his car in to be serviced and we’re just here to pass the time for him?

Taking care of his appearance when he’s with you is a sign that this is a man who respects himself and respects you. And these are awesome signs. He’s putting the effort in to impress you, and he wants you to recognise that.

Let’s face it, we’ve all had those nightmare dates when we felt super uncomfortable. We feel awkward, insanely nervous and we have no confidence.

And we reckon it’s entirely down to him and his behaviour and attitude.

On the flip side, if you feel genuinely comfortable around him – so comfortable that you can actually be yourself – it’s a hugely positive sign that the two of you can hit it off over the long term and it’s one of the great signs he’s a keeper. You feel relaxed, he feels relaxed and there are actual vibes here.

He Takes an Interest In You

You know when a date is clearly not happy to be here? It’s awful. You say things and it’s clear that he’s not listening.

Worse still, he never asks you any questions. He really doesn’t care and can’t wait to either get the date over with or take you back to his place.

If he starts to ask you questions, comments on your appearance and looks happy to be here, it’s a sign that he wants to get to know you more. He’s interested in you and could well be a keeper.

There are literally no awkward silences, no pauses, no looking around, and no desperate trying to think of new conversation ideas!

Instead, the conversation flows naturally like a tap and you can’t believe you guys have been sat here for two hours already!

When this happens, when the conversation flows so naturally, it’s a sign that there’s chemistry and that the two of you have real potential.

Okay, so you don’t want to be on a first date with an absolute nervous wreck who can’t get his words out. But when a guy is just a tad nervous, it’s kinda cute, and it’s another one of good signs he’s a keeper.

Why? It means that he really wants to impress you and that he’s not full of bravado or a weird heightened self of sense. He’s a human being who wants this to go well.

That’s an endearing trait that can often signal the start of something cute and romantic. Aww!

He Has Only Good Things to Say About People

“So my mom? Such a wonderful woman!” is SO lovely to hear from a man on a first date.

And this goes for the way he talks about everyone too, including his exes. If he roundly disses people, it’s a bad sign.

He offers and he insists.

He won’t take no for an answer, and he won’t let you pay your way. Nor will he argue over a split bill. Dinner is on him. You’ve got a keeper!

Feel free to share your thoughts in the comment section below. What are other signs he’s a keeper?