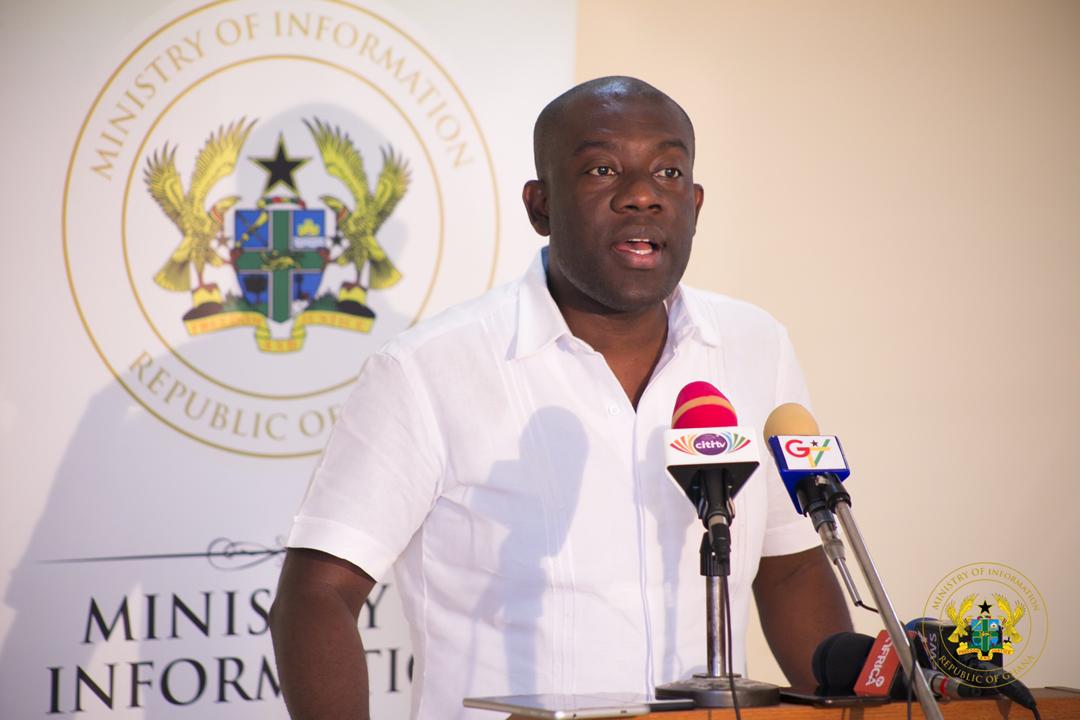 Eight suspects made up of five Ghanaians and three Nigerians have been arrested in connection with the kidnapping of the two Canadian women and flown to Accra for further investigations.

Speaking at a press briefing, the Information Minister, Kojo Oppong Nkrumah disclosed that the alleged leader of the kidnappers, believed to be a Nigerian was among the suspects arrested by the Police.

“A third Nigerian believed to be the leader of the gang was arrested later at a separate location 5 Ghanaians and 3 Nigerians are in custody for this incident. One of the suspects is reported to have sustained minor injuries. Other investigations and possible arrests are still on-going.”

The Information Minister said that the victims have been brought to Accra and are undergoing the necessary evaluations following their traumatic experience.

The women have been in contact with relevant Canadian authorities.

“The victims have been flown to Accra. They have been in contact with the Canadian authorities and are undergoing the necessary evaluations following the traumatic incident.”

The Minister said the team which helped rescue the two Canadian women were made up of only Ghanaian security personnel.

The two ladies were kidnapped shortly after they alighted from an Uber and were about entering their hostel last week, June 5 2019.

The Canadian girls were kidnapped at the Kumasi Royal Gulf Club, Ahodwo on June 4, 2019.

The development comes to add to the growing agitation in the country particularly in the Western Region where three young girls have been missing for over six months.

Following the kidnapping of the two Canadians, some Embassies and High Commissions in the country such as Australia and the United Kingdom have issued warnings to their citizens about likely crimes in the country including kidnapping.

Despite the recent incidents, kidnappings are still a rare occurrence in Ghana.