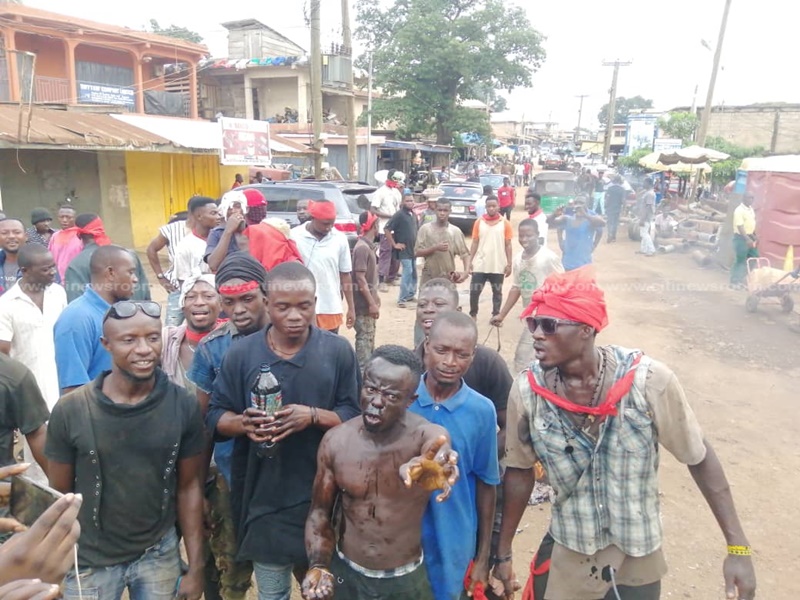 The Ghana Union of Traders’ Associations (GUTA) has expressed regret over the attack carried out by some of its members on some Nigerian traders at Suame Magazine in the Ashanti Region.

The Union said while it does not support the action, it blames the enforcers of Ghana’s trade laws for the development.

Benjamin Yeboah, who is the National Welfare Officer for GUTA in an interview on Eyewitness News said that its members acted out of frustration and the failure of authorities to enforce laws that ensure that foreign traders in the country comply with existing laws.

Some Ghanaian traders on Tuesday and Wednesday ransacked shops and forcibly closed down some shops in the area belonging to Nigerians.

Narrating circumstances that led to the attack, he said that the incident started on Saturday when there was an intense argument between Ghanaians and Nigerians over the recent kidnappings.

He said, after the police were called in to calm the situation, and following that intervention, the Nigerians began teasing the Ghanaians that the police was on their side.

“This teasing is what broke the camel’s back and some of these members started forcibly closing down the shops of the Nigerians,” he said.

Mr. Yeboah said the Ghanaian traders had for a very long time lamented about the operations of the Nigerians in the industry but very little had been done by state authorities to deal with the problem.

“By law they are not supposed to be selling where they are. It is just that the enforcers of the law have not been doing their work… And you sit out there and tease them [Ghanaians]. This is not the first time they are doing it. They tease us that it is the police that are protecting them and that Ghanaians only talk…It is unfortunate but it was caused by something,” he said.

He alleged that some Nigerians at Suame Magazine are engaged in illegal business, operate without the required certificates and sometimes sell inferior products.

“These our members have always been raising red flags and we have been calming them down…A time can come and it will be very difficult controlling our members.”

He said Wednesday’s incident went beyond the remits of GUTA but appears to be a national security issue that must be dealt with by state authorities.

He said Ghana must apply its laws regarding foreigners in the country to address such challenges.

“Now it is not a GUTA problem because it is becoming a national issue. The Nigerians are sanitizing their area so we should also do same. We should sanitize our area and make sure that people abide by the rules. No one should come into this country, walk about freely, and walk about with no documentation. If people are not doing the right thing in Nigeria, they should be checked, we should also check our system. We have not been taken seriously all this while.”